The opening event with some 1,300 guests is being accompanied by the first mooring at the port of the container vessel “Maersk Laguna”. The Wilhelmshaven container port is characterised by its location directly on the shipping channel. With a depth of 18 metres, this means ULCVs can call at the port at all times, 24/7, independently of tide levels. In addition to the container terminal, the 160-hectare Logistics Zone directly behind it is also being inaugurated on Friday. With its outstanding strategic location, the Logistics Zone provides plenty of space for the new settlement of port-related logistics services.

Thanks to their optimal geographical and nautical conditions, JadeWeserPort Wilhelmshaven and EUROGATE Container Terminal Wilhelmshaven are jointly helping to strengthen Germany’s position as a maritime location. The inauguration celebration reflects the positive mood in the North West. The excellent prospects of the deep-water container terminal are a recurrent theme in the speeches of political representatives as well as representatives from the companies involved.

Axel Kluth, managing director of JadeWeserPort Realisierungsgesellschaft, said: “In the space of just five years, several hundred people have jointly developed a project that will benefit many generations to come. I would like to take this opportunity today to thank all those concerned for their commitment.”

“The Logistics Zone and freight village directly adjacent to the container terminal make this location unique. The first new business settlements are an optimistic sign that we are making a decisive contribution to the success story of this location,” said Dr Jan Miller, managing director of JadeWeserPort Logistics Zone GmbH & Co. KG.

“Wilhelmshaven is our third location on the North Sea. Thanks to its ideal nautical conditions, Wilhelmshaven makes an important contribution to securing the competitiveness of Germany as a maritime location. Port development needs generations. We want to create something enduring in Wilhelmshaven. The project isn’t finished as of today. It’s only just beginning,” said Emanuel Schiffer, Chairman of the EUROGATE Group Management Board.

“The JadeWeserPort is a once-in-a-century kind of project. Lower Saxony is gaining a new gateway to the world. The port will make Wilhelmshaven a key hub for international container traffic. Containers from around the world – above all from Asia and South America – will be loaded and unloaded here in future. The entire North German coast stands to benefit,” said Lower Saxony’s premier, David McAllister.

Jens Böhrnsen, mayor of the Free Hanseatic City of Bremen, pointed out: “This port construction is unique for this country. For the first time in the history of Germany’s ports two federal states have joined forces in realising a port project. Today is a good day for Lower Saxony and a good day for Germany, because port policy is at the same time always in the national interest.”

Federal Minister of Economics and Technology, Dr Philipp Rösler: “The German seaports have key macroeconomic importance for Germany as an export nation. The JadeWeserPort as Germany’s only deep-water port will be able to handle even the biggest fully laden container vessels independently of tide movements. Apart from Rotterdam, these vessels will now also be able to call at Wilhelmshaven. As a result, Wilhelmshaven is set to become a hub for international maritime traffic. The direct port operations and business settlements in the immediate area can give rise to valuable and sustainable jobs in the region.”

Enak Ferlemann, Parliamentary State Secretary at the Federal Ministry of Transport, Building and Urban Development, said: “As a modern industrial location and import and export nation, Germany has at last got its urgently needed deep-water port. The newest generation of container ships can call at the port at all times, independently of tide levels. I am convinced that in the overall structure of German and European seaports the JadeWeserPort Wilhelmshaven will be excellently positioned in the marketplace.”

Jörg Bode, Lower Saxony’s Minister for Economic Affairs, Labour and Transport and at the same time Chairman of the Supervisory Board of the JadeWeserPort-Gesellschaften, stated: “The JadeWeserPort with its unbeatable competitive advantages is a meaningful addition to the established container ports in Hamburg and Bremerhaven. In conjunction with the newly created jobs and investments in and around the port, the money so far invested by Lower Saxony and Bremen will begin to pay off for the taxpayer.”

“The JadeWeserPort is the chance of the century for Wilhelmshaven. It will turn over an important new page in the city’s history,” says Andreas Wagner, mayor of the city of Wilhelmshaven. 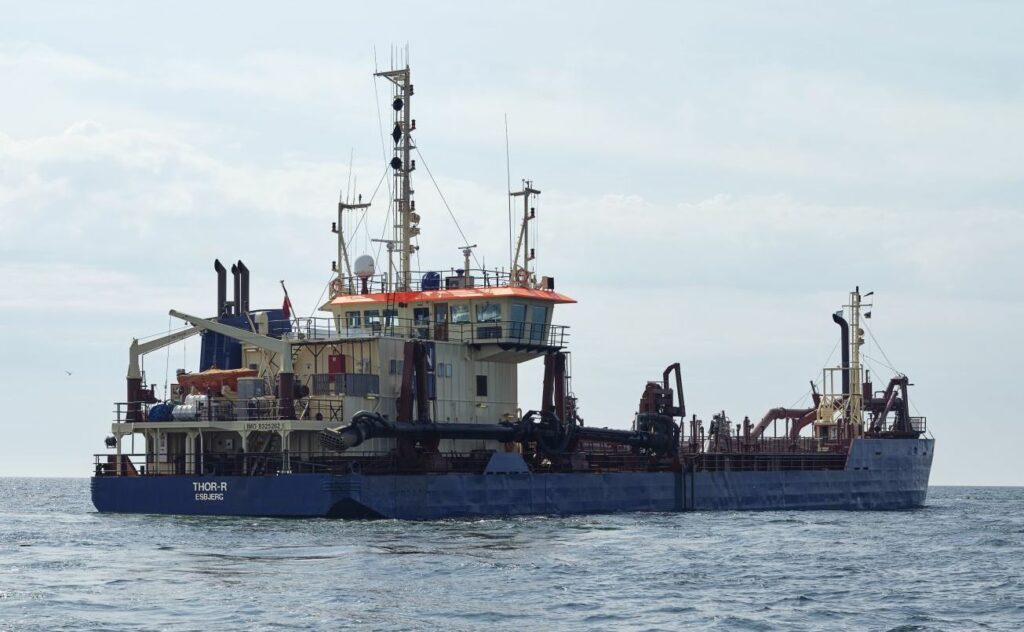