The United Kingdom will soon be home to a very special Italian-built dredger designed by a British dredger operator specialising in marina dredging.

The vessel, to be constructed by Italy’s leading dredger manufacturer, Italdraghe SpA (San Giovanni, Italy) and designed by Goodchild Marine Services Limited (Burgh Castle, Norfolk, UK), is scheduled to be delivered to Yacht Havens Limited at the end of this year.

Yacht Havens (based in Lymington, Hampshire, UK) commissioned Goodchild Marine to design and build the dredger specifically for carrying out maintenance work in their various marinas located throughout the UK. With over 3,500 berths to manage, maintenance dredging proves an ongoing challenge, especially since it needs to be carried out with the least possible disruption to berth holding clients.

Goodchild Marine scoured the market for a company that had the experience to build a specialist dredger to the quality required for this difficult task and Italdraghe SpA was the obvious choice.

Goodchild Marine initially developed the design concept to make it possible to carry out berth dredging in marinas even during the summer months when the marinas are at their busiest and itself owns a dredger built some years ago for the task.

The dredger being built by Italdraghe SpA develops this design concept further and in fact, the vessel’s extreme manoeuvrability means that only a maximum of two moored boats will need to be moved out of their berths at any one time. This creates just enough space for the dredger to move in, carrying out its task and then reverse back out, before moving on to the next berth.

As the dredger has both a rear rudder propeller and front thruster it is extremely easy to manoeuvre within tight spaces. This flexibility is further enhanced by the dredger’s specially-designed spuds which allow it to walk on the water bed, providing very accurate and controlled vessel movement in and around tight berths. With no need for anchors or mooring wires whilst working the dredger causes little disruption to marina traffic.

Another important feature of this low-noise, one-man operated dredger, is its revolutionary dredging ladder with swivel joints that allow the dredging head to reach right up to clean thoroughly under marina pontoons and walkways doing away with the need to dismantle the same.

When not working, the dredging arm, as well as the spuds, can be folded away on board the dredger itself. This facilitates dredger transportation between different locations as the complete vessel can travel, ready assembled, on a single lorry from one Yacht Havens marina to the next.

Featuring an Italdraghe PD 180 pump and an Iveco C87 diesel engine the dredger is being built entirely in Italdraghe’s specialist dredger-building yard on Italy’s Adriatic Coast.

Italdraghe with over half a century of experience in dredger design, construction and operation, and Goodchild Marine with another quarter of a century under its belt, both bring a wealth of valuable experience to the project. 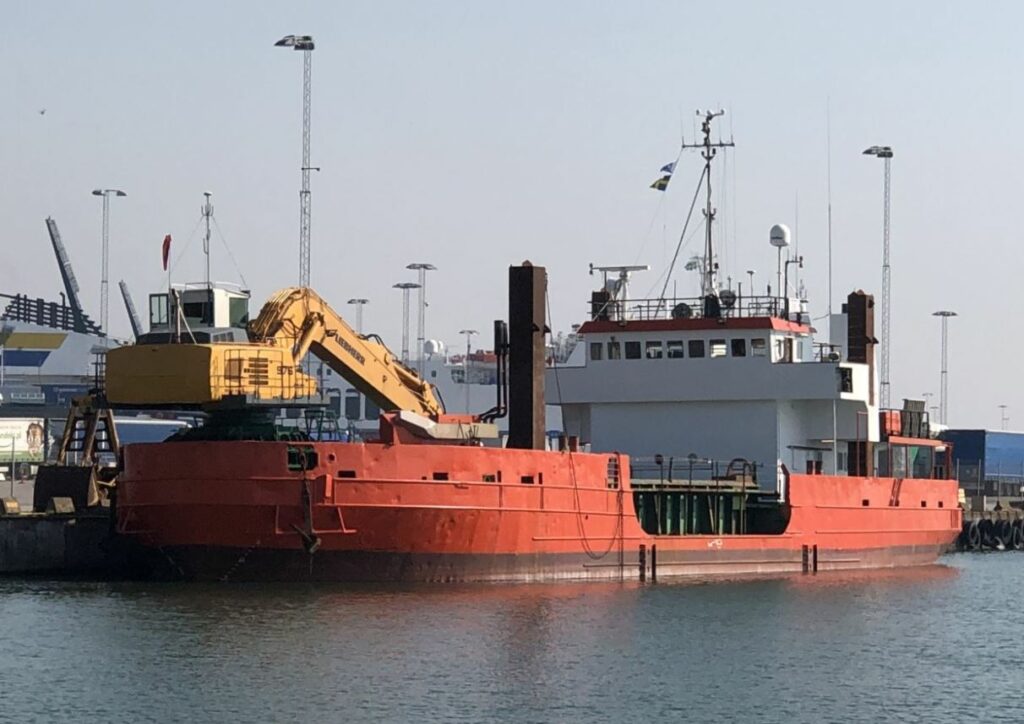