The Department of Justice, on behalf of the U.S. Environmental Protection Agency (EPA), along with the Massachusetts Attorney General’s Office, on behalf of the Massachusetts Department of Environmental Protection, have reached a settlement with AVX Corp. for $366.25 million plus interest regarding the New Bedford Harbor Superfund Site, in New Bedford, Mass.

The settlement paves the way for expedited implementation of the cleanup of the New Bedford Harbor Site at full capacity, providing more rapid protection of public health and the environment in addressing polychlorinated biphenyl (PCB) contaminated sediment in the harbor. PCBs are mixtures of up to 209 individual synthetic chlorinated compounds that are chemically stable, attach onto sediment particles readily and are resistant to biodegradation. PCBs are characterized as a probable carcinogen in humans.

The settlement follows an April 18, 2012, enforcement order issued by EPA to AVX to implement the ongoing cleanup work at the Harbor Site.

The “cash-out” settlement will be paid to the United States and the commonwealth jointly, and retained by EPA for use at the Harbor Site. The settlement provides the United States and the commonwealth with funding from AVX Corp. to continue to take action to remediate contamination. This includes dredging PCB-contaminated sediment and disposing the dredged sediment at an appropriately licensed off-site facility, in a confined aquatic disposal cell in the Lower Harbor, and in confined disposal facilities to be built along the shoreline. AVX’s payment resolves its remaining liabilities to pay for the costs of cleanup at the site. If approved by the court, this will be the largest single-site cash settlement in the history of the Superfund program.

“This agreement is the product of our commitment to pursue the government’s legal rights to defray costs borne by the Superfund and U.S. taxpayers in the cleanup of the New Bedford Harbor and to hold polluters ultimately accountable,” said Ignacia S. Moreno, Assistant Attorney General for the Environment and Natural Resources Division of the Department of Justice. “The recovery of these settlement funds will result in a more rapid reduction of human health and environmental risks and faster restoration of the harbor for the use and benefit of the public.”

“With this settlement, we are making good on our pledge to the citizens of New Bedford to help clean their harbor. Cleanup work will proceed much faster with dedicated funding, and we will more rapidly be able to ensure that both human health and ecological health are being protected from exposure to PCBs in New Bedford Harbor,” said Curt Spalding, the Regional Administrator of EPA’s New England Office. “Further, the settlement is consistent with EPA’s longstanding ‘polluter pays’ principle.”

“This settlement is a victory for the people of the Commonwealth,” said Governor Deval Patrick. “These funds will allow us to expedite the ongoing cleanup efforts at the Harbor Site in order to protect the environment and the public health of our residents.”

“This settlement brings hundreds of millions of dollars to the City of New Bedford to clean up contamination that subjected people to unacceptable health risks and limited economic development,” said Massachusetts Attorney General Martha Coakley. “The AVX Corporation is responsible for the contamination and will pay for the cleanup, not Massachusetts taxpayers. The settlement also significantly accelerates the schedule so the region can feel the economic benefits sooner rather than later.”

“Thanks to this record settlement, those who live and work along the harbor will see a significant reduction in risk to humans and the environment, and people will not have to wait decades to begin to enjoy the harbor’s natural resources,” said Commissioner Kenneth Kimmell of the Massachusetts Department of Environmental Protection. “As the natural resources return to vitality, so will tourism, recreation and redevelopment for harbor-side communities.”

The settlement with AVX will provide the bulk of the estimated funding needed to allow EPA to complete the cleanup remedy for the New Bedford Harbor Superfund Site in approximately five to seven years, in contrast to the estimated 40 or more years it would take to complete the remedy under current funding of $15 million per year from the Superfund and payment of $1.5 million per year by the commonwealth.

From the 1940s to the 1970s, AVX’s corporate predecessor, Aerovox Corp., owned and operated what was known as the Aerovox facility, an electrical capacitor manufacturing facility located on the western shore of New Bedford Harbor. The United States and the commonwealth have determined that Aerovox discharged hazardous substances, including PCBs, into the harbor, and that Aerovox’s facility was the primary source of PCBs released into the harbor.

In 1983, the New Bedford Site was listed on the EPA’s Superfund National Priorities list, and the United States and the commonwealth of Massachusetts filed suit against AVX and other companies for injury to natural resources at the site from releases of PCBs. In 1984, the civil action was amended to include claims on behalf of EPA for recovery of response costs. AVX previously paid $66 million, plus interest, for past and future response costs and natural resource damages at the Harbor Site as a result of a 1992 settlement with the U.S. and the commonwealth. The governments reserved certain rights in that settlement through reopener provisions, which were exercised to bring about this current settlement. In addition, in 2010 AVX entered into a settlement with the U.S. to demolish the Aerovox facility, which was accomplished in 2011, and AVX entered into a separate settlement with the commonwealth to address the remaining contamination at the Aerovox facility. 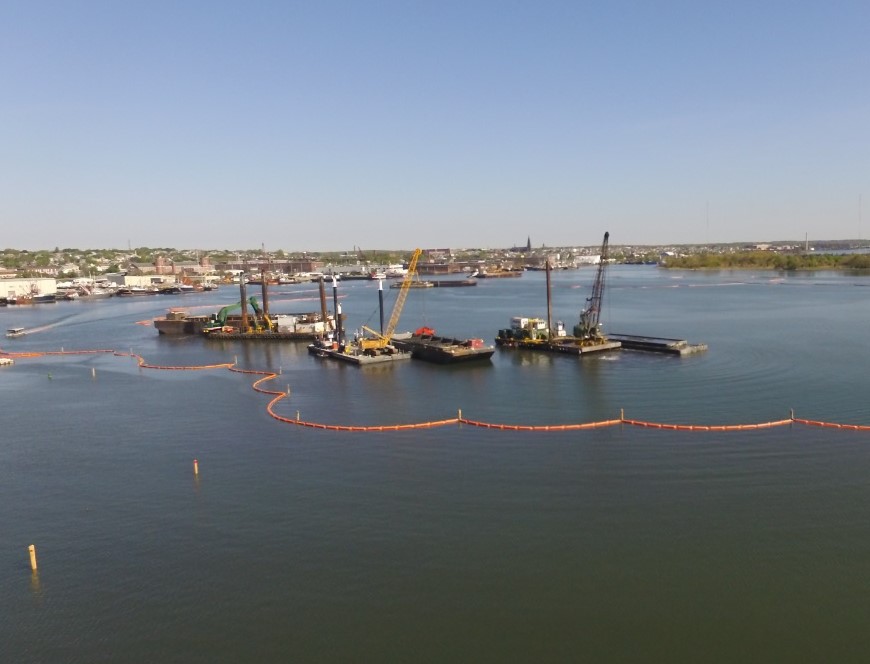