Summer has come and gone, but boaters are still making their way in and out of the Robbins Reef Yacht Club in New Jersey’s Newark Bay within the Port of New York/New Jersey.

“We saw a significant increase in boating activity this summer and it’s continuing this fall and this is because our members are able to access us with ease,” said Jim Hickey, Commodore of the Robbins Reef Yacht Club that’s been in existence for over a century.

But this wasn’t always the case. Natural mud build up in the bay severely restricted boating access and the business was suffering.

Fortunately, the club was able to maintenance dredge their waterways and dispose the mud that was shown to be contaminated within the Newark Bay Confined Disposal Facility (CDF), an affordable and environmentally safe, man-made underground pit in Newark Bay.

After fifteen years of use, the Newark Bay CDF was closed this summer after it reached its capacity. The site will be monitored by the Port Authority of New York/New Jersey for the next decade.

A Confined Disposal Facility (CDF) or Confined Aquatic Disposal Site (CAD) is designed and constructed to securely store contaminated dredged materials. A CDF can be constructed on land, along shorelines, and under water below the water bottom, depending on the region’s land availability.

The Newark Bay facility’s success demonstrates that CDFs can be an affordable and environmentally safe method for the marine support industry to dispose of contaminated dredged materials.

This is particularly important in the NY/NJ region because the port and marine support industry contributes approximately $54 billion to the region’s economy and is a source of thousands of jobs.

“If there wasn’t a CDF, it would be highly unlikely that a small club like ours would be able to afford other dredging disposal methods,” said Hickey.

Steve Kalil, President of Caddell Dry Dock & Repair, Staten Island, New York said his business located on the Kill van Kull is in the same boat, “Without the CDF I might have had to close the business,” which also has been in operation for over a century.

“If we didn’t have the CDF we would have to truck the contaminated mud away to be placed upland which is very slow and expensive and also halts our dry dock business for several days so we lose even more money. The CDF was affordable, close by and easy to work with,” said Kalil.

Helping the Port of New York/New Jersey and maritime support industry survive is very important to the economy. The port is the third largest in the United States and serves thirty-five percent of the Nation’s population.

In 2011 it was a source of 280,000 jobs in the New York and New Jersey region, nearly $11.6 billion in personal income, $37.1 billion in business income and almost $5.2 billion in tax revenue, making it a critical economic engine for the region. To keep this engine running smoothly, the port requires large amounts of maintenance dredging to remove naturally accumulating mud that comes down the rivers, settles in the berths and channels and can block ship access.

Dredged material has always been placed in the ocean, but in the late 20th Century, stricter environmental laws limited what material could be placed there.

Approximately twenty-five percent of all dredged material is not suitable for placement in the ocean because it is contaminated. A great deal of the contamination in the Port of New York/New Jersey today comes from pollution that occurred decades before there were strict pollution laws.

With stricter environmental laws, many different agencies and authorities worked together to come up with innovative and creative solutions for dealing with contaminated dredged material.

In the 1990’s the region was going through a maintenance dredging crisis when the Clinton Administration initiated an aggressive plan to re-establish the Maritime economy. The plan also included deepening the port to 50-feet in depth in order to provide access to the next generation of container ships.

To deepen the port meant dealing with a great deal of dredged material, some of which would be contaminated.

In 1997 the Port Authority of New York/New Jersey came up with the idea of creating the Newark Bay CDF in Newark Bay to contain the contaminated dredged material.

“A CDF was a good option because it would be near the port activity and because CDF’s have been shown to be successful throughout the nation and world,” said Christopher Mallery, chief, Western Section of the Regulatory Branch, U.S. Army Corps of Engineers, New York District.

The Army Corps performed an extensive review of the Port Authority’s plan and provided them a permit to perform the work.

It was believed the CDF would be filled within five years, but after the CDF was created the agencies continued to work collaboratively and came up with additional methods for dealing with contaminated dredged materials. As a result less mud had to be placed in the CDF, extending its life for over a decade.

The agencies started to see dredged materials as less of a burden and more of an asset. They began using it for beneficial reuse that included using some to remediate upland brownfields and landfills.

In the meantime, the CDF continued to provide a valuable safety net for materials too contaminated to be used for beneficial uses.

“This summer the CDF was closed by capping it securely with several feet of sand that was sprayed on top of the pit opening. The bay is naturally filled with clay sediment that will also help secure the pit and prevent any leakage of mud,” said Mallery, who was instrumental in working with the team on the closing process.

Joseph Seebode, deputy district engineer for the U.S. Army Corps of Engineers, New York District, was the District’s Regulatory Chief when the CDF received its permit said, “The successful closing of this CDF opens up possibilities for the port’s future. The CDF proved to be an innovative, economically efficient and safe way to store contaminated dredged material in one of the largest metropolitan regions in the country.”

An added benefit is the port’s water quality has, and continues to improve. “Our dredging activities are not only providing navigation benefits, but we are also removing sources of contamination, which is improving the overall quality of the estuary.”

In the future there are expectations that there will be removal of long term contamination from several highly polluted areas of the port that include the Lower Passaic River, Newtown Creek and Gowanus Canal.

Col. John Boulé, now retired, who was the commander of New York District at the time of the CDF’s closing said,”Removing this contaminated mud would have a tremendous positive impact on the ecology of the estuary and CDFs should be considered as an option for containing this material.”

John Tavolaro, deputy chief, Operations Division, U.S. Army Corps of Engineers, New York District, has been involved with the Newark Bay CDF since its inception says, “As we look into dredged material management in the future we have to consider the maritime support industries. The port is not just the big terminals; there are also the support industries that provide a place for tug boats, ferries, recreation and for marinas to coexist. For a full service harbor you need all of these things. The Port Authorities and Army Corps of the world can afford to do what needs to be done to dredge, but some mom and pop marinas, ship yards, boat yards and dry dock companies can’t.”

Seebode said, “Coming up with affordable and environmentally safe solutions will be critical. In the future we’re going to have a significant amount of dredged material to deal with. Trade in the port is expected to increase in the coming decades and the port will have to be maintained to safely receive larger vessels.”

“One thing we continue to do successfully is work as a team of agencies to come up with solutions,” said Thomas Creamer, chief, Operations Division, U.S. Army Corps of Engineers, New York District. “Working on dredged material management solutions over the past thirty years has strengthened the partnership between the agencies and stakeholders. Because of this collaboration the waterways for these maritime businesses have been dredged to be safe and to facilitate the local economy.”

Seebode said, “My hope is that the next generation will work for synergistic solutions that are close to the port, will allow us to maintain the quality of the port and keep costs down. This requires some risk taking and innovative thinking. This CDF was one of those options where the risk was demonstrated to be fully worth it.” 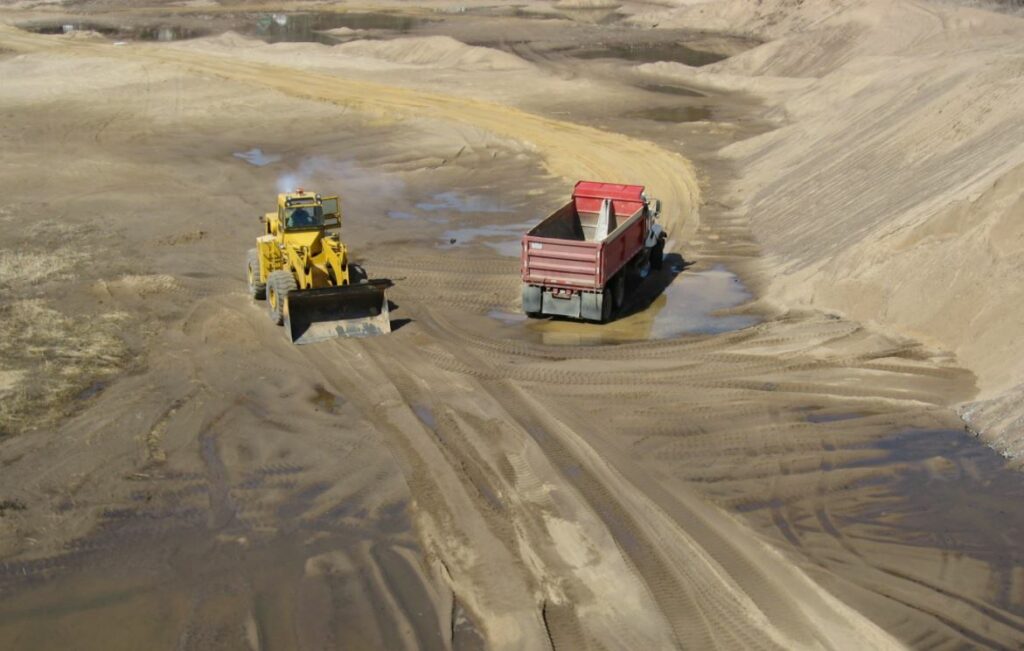