Associated British Ports announces that it has received the necessary marine licence to carry out a key component of its dredging programme in the Port of Southampton, further improving marine access for large container vessels.

The removal of 450,000 cubic metres of material at the Marchwood Moorings will widen the navigation channel by 30m, thus improving accessibility for container vessels using the existing container berths operated by DP World Southampton. The port regularly demonstrates its capability to handle vessels in excess of 13,000 teu on its existing berth and the dredging will further simplify vessel turning and manoeuvrability.

Doug Morrison, ABP Port Director Southampton, said: “This is another step to ensure that marine access to all container berths meets the future needs of our customers and maintains the port’s position at the forefront of global trade. The redevelopment of berths 201 and 202 will allow us to handle the largest vessels on order, and the channel-widening works at Marchwood will have the added benefit of ensuring we maintain the highest navigational safety standards in the port.”

ABP has worked closely with Marchwood Yacht Club (MYC) to agree suitable new locations for 16 of its 150 moorings in preparation for the dredge. The new moorings will be located in deeper water in order to meet club members’ requirements to accommodate deeper-draughted yachts.

Andrew Tilley, formerly Commodore of Marchwood Yacht Club, explained how MYC had worked with ABP to find a solution acceptable to both parties, saying: “There has been good communication from ABP, who have been very helpful and accommodating in offering us the new moorings.

“Everything has been done in a spirit of cooperation and we look forward to that continuing in the future.”

Preparation works for the dredge have also included the relocation of navigation marks, one of which will be enhanced to support a new weather station and tide gauge to further assist port users.

Preliminary works began on Monday, 19 November using UK Dredging’s UKD Bluefin. ABP is currently carrying out monitoring of water turbidity and has also agreed monitoring procedures and a sediment management strategy with the Environment Agency should the need arise. It is anticipated that a contract for the remainder of the works will be awarded in December and the dredging will be completed by spring 2013. 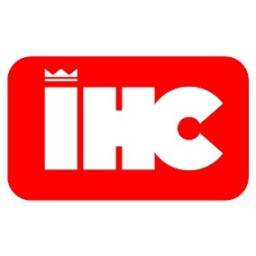