Nicaragua’s river-dredging machine, which was christened the “Doña Laura” in mock homage to Costa Rican President Laura Chinchilla, has been given a more diplomatically correct name at the behest of President Daniel Ortega.

Edén Pastora, who is heading Nicaragua’s river-dredging operation on the Río San Juan, told TV Channel 63 news that he had named the boat “Doña Laura” without consulting Ortega. He said the president ordered him to change the name after it made front-page news in Costa Rica and offended the Tico government. The Costa Rican president called the stunt “provocative” and told the Costa Rican daily La Nacion, “I can’t imagine us naming machines after officials in the Nicaraguan government.”

Yesterday, the river dredge was remained “Gaspar Garcia Laviana” to honor the Spanish missionary who took up arms to fight against the Somoza dictatorship in the 1970s.

Pastora today told Channel 63 that the decision to name the river dredge “Doña Laura” was his alone. He says it was meant to be an act of protest of Costa Rica’s dumping of sedimentation in Nicaragua’s river.

“One doña Laura dumps sedimentation in the river and the other took it out,” Pastora said. “It seems like a joke, but it was a protest and it worked, subliminally and intelligently, I’d say, because it caused the effects that it had to do.” 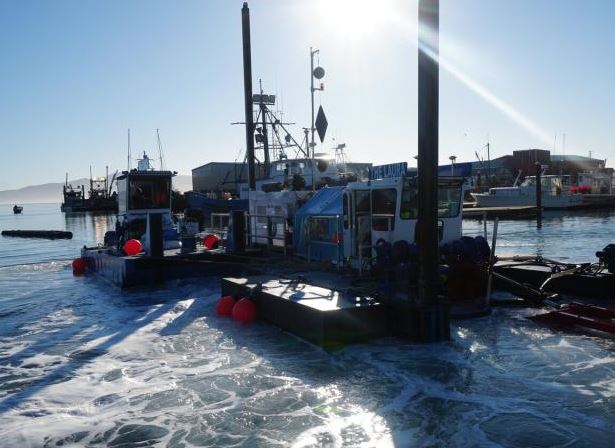