Septentrio announced that DEME, a world leading group of dredging and land reclamation companies, has selected the TERRASTAR-D® “Precise Point Positioning” service to work with its Septentrio GNSS receivers.

The Belgian dredging and environmental group is exploiting the service using Septentrio AsteRx2eL GNSS positioning and AsteRx2eH GNSS heading receivers to support its nearshore dredging and construction operations worldwide. DEME has evaluated and used the service for several months and selected TERRASTAR-D® for its accuracy, stability and consistent performance.

TERRASTAR-D® in combination with Septentrio dual-frequency GNSS receivers provides a global, seamless, high-accuracy position – often better than 10cm – at high updates rate that does not require local base stations, radios or cell coverage. TERRASTAR-D® uses both GPS and GLONASS satellites to allow a reliable positioning around the world and a faster convergence even in the most demanding user environments.

“We trust the quality and robustness of the service,” said Lorentz Lievens, Head of Survey department, DEME. “It provides real-time global decimeter-level positioning accuracy without the need for a reference station when operating in remote locations or when reduced setup time is critical.”

“We are delighted that DEME has validated the excellent performance of TERRASTAR-D® on Septentrio receivers,” commented Jan Van Hees, Head of Sales & Business Development at Septentrio. “Septentrio has worked very closely with TERRASTAR® to create an optimal combination of receiver algorithms and corrections. Since its introduction, the TERRASTAR-D® service has demonstrated strong appeal to users for both inland and near-shore surveying activities as well as machine control applications.” 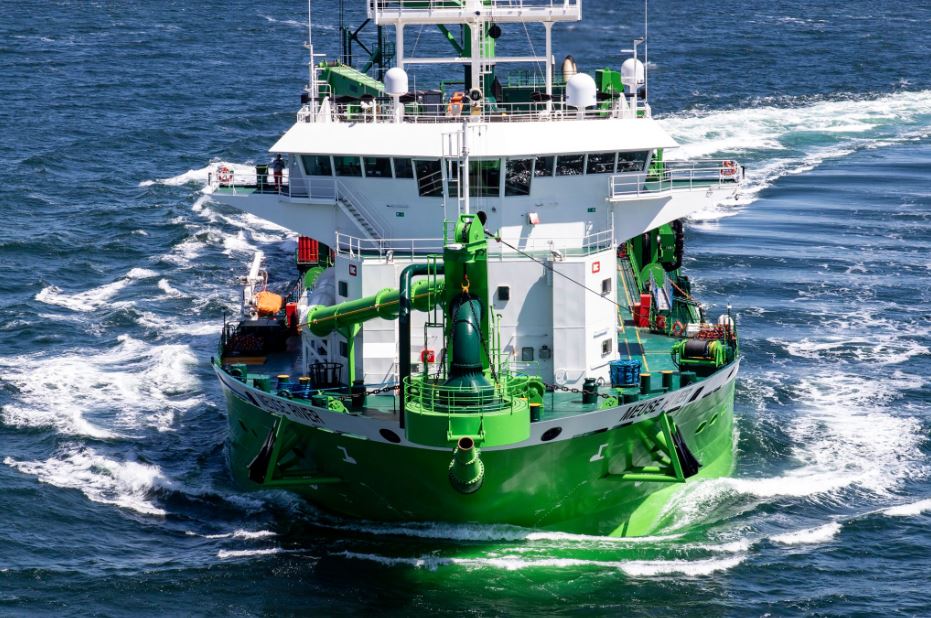