The Bureau of Ocean Energy Management (BOEM) announced that it has executed an agreement to use up to 1 million cubic yards of sand from the U.S. Outer Continental Shelf (OCS) for the Carteret County Shore Protection and Restoration Project in North Carolina.

Sediment used for the project will stabilize and help restore the ecological functions of Emerald Isle and Pine Knoll Shores shorelines damaged by Hurricane Irene in 2011.

The portion of Carteret County beachfront included in the project will be restored using sediment from the Morehead City Offshore Dredged Material Disposal Site. The project was executed as a lease agreement between BOEM and Carteret County and is expected to begin by early spring 2013.

On August 27, 2011, Hurricane Irene made landfall at Cape Lookout, N.C., about nine miles east of Bogue Banks. One of the storm’s major impacts was oceanfront beach erosion within Carteret County’s engineered beaches of Pine Knoll Shores and Emerald Isle. The volume of sand losses that occurred as a result of Hurricane Irene was quantified through the Bogue Banks Beach and Nearshore Mapping Program, and confirmed by the Federal Emergency Management Agency following the Federal Government’s declaration of a disaster in Carteret County.

In addition to overseeing and regulating conventional and renewable energy development on the OCS, BOEM manages non-energy minerals obtained from the ocean floor in the OCS, including sand, gravel and shell resources for coastal restoration and protection. BOEM has the authority to convey, on a noncompetitive basis, the rights to these resources for shore, beach or wetlands restoration projects or for use in construction projects funded in whole or part, or authorized by the federal government. In implementing this authority, BOEM may issue a negotiated non-competitive lease agreement for the use of OCS sand to a qualifying entity. Prior to signing an agreement, BOEM works with other federal agencies to conduct extensive technical and environmental reviews of the project to mitigate potential adverse impacts to the marine, coastal and human environments.

To date, BOEM has conveyed rights to about 73 million cubic yards of OCS sand for 37 coastal restoration projects in six states. These projects have resulted in the restoration of 198 miles of the nation’s coastline, protecting billions of dollars of infrastructure, as well as important ecological habitat. The bureau has also spent more than $30 million on world-class scientific research that informs environmental assessment and leasing decisions concerning the use of OCS sand resources in beach nourishment and coastal restoration. 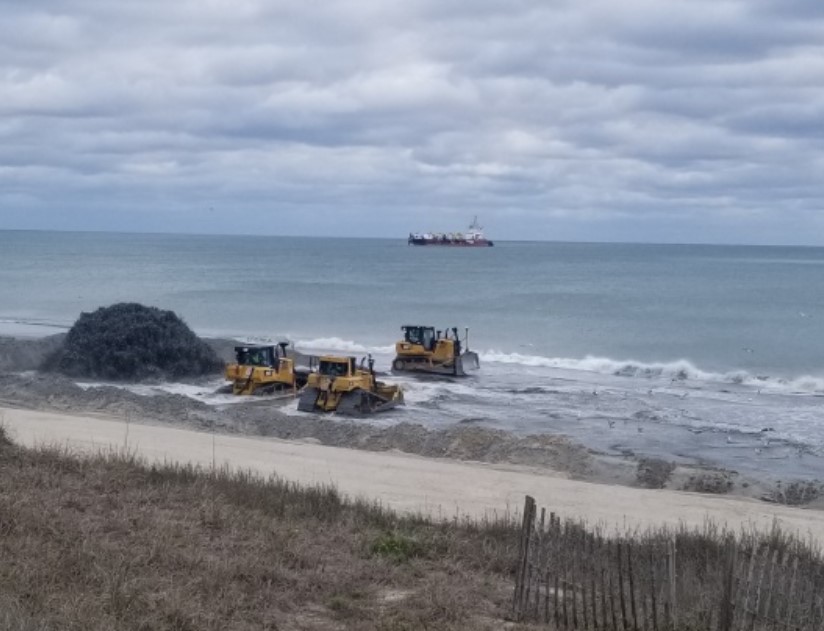