Boeing has begun dredging the waterway near its former Plant 2 facility, a major step in the company’s commitment to restore natural habitat along the industrial Lower Duwamish Waterway.

While the city of Seattle, King County, the Port of Seattle, Boeing and many other businesses along the waterway will be involved in the overall cleanup of the Lower Duwamish, the Plant 2 work starts one of the five “early-action” projects under the oversight of the U.S. Environmental Protection Agency.

“Restoring the Duwamish Waterway is extremely important to the people, environment and economy of the Puget Sound,” said Kim Smith , Boeing vice president of Environment, Health and Safety. “Boeing remains committed to reducing the environmental footprint of our products and operations, including restoring sites affected by past business practices.”

“The Duwamish is an important part of Seattle’s history and its cleanup presents an opportunity to shape our future,” added Dennis McLerran , U.S. Environmental Protection Agency Region 10 Administrator. “Boeing is an important part of our community’s history and future. With this early work, the company is demonstrating what a good neighbor can do when it’s committed to a community and its people.”

During the next three years, more than 200,000 cubic yards (152,000 cubic meters) of sediment is expected to be removed and clean sand added as Boeing’s part of the project.

More than a half-mile of industrial waterfront, which was developed during World War II to ramp up production of military airplanes, will be restored to natural shoreline. This will create about 5 acres (2 hectares) of shoreline wildlife habitat, particularly for juvenile salmon to adapt to living in salt water before continuing their migration to the Pacific Ocean.

The Plant 2 project is expected to take nearly three years to complete. Work in the water will be conducted through mid-February, and start again in early August, when juvenile salmon are not migrating. To optimize the limited work schedule, dredging will occur around the clock. Signs, buoys and other navigational aids will be used to keep boats away from work zones.

According to the EPA, cleanup of the five early-action sites along the 5-mile (8-kilometer) industrial waterway will reduce health risks by nearly 50 percent. In early 2013, the EPA is expected to publish the proposed plan for cleaning up the entire Lower Duwamish Waterway. 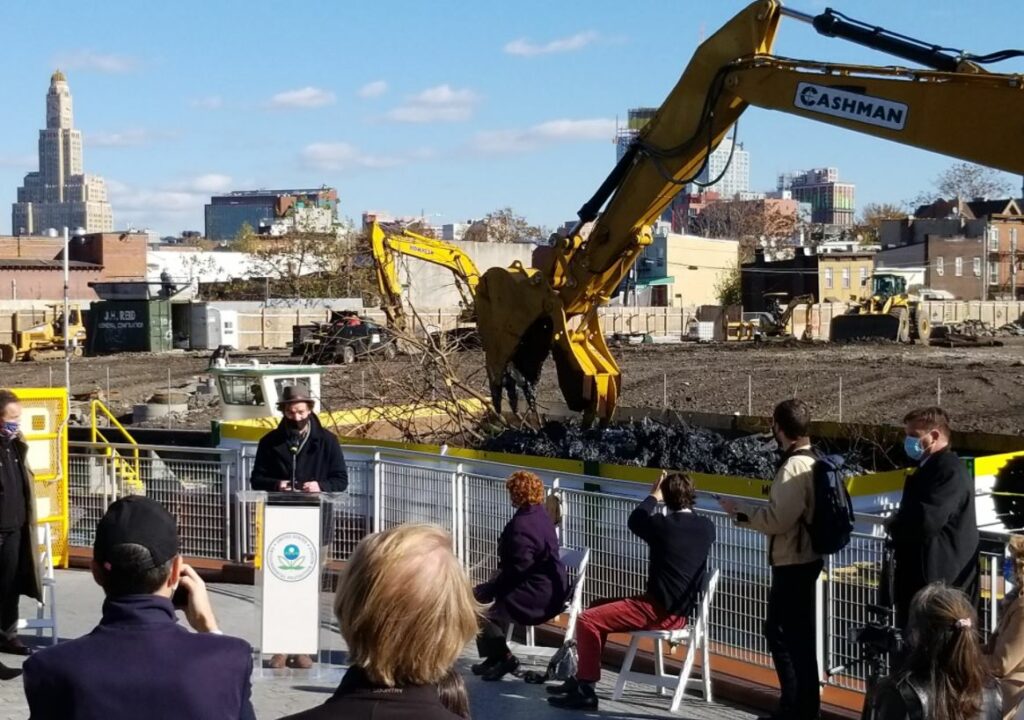