The Portneuf River Flood Reduction Project, Systems 1, 2, 3, 4 and 5, which is operated and maintained by the City of Pocatello, received overall system ratings of “unacceptable” following their most recent U.S. Army Corps of Engineers periodic inspection reports finalized on Nov. 16, 2012. This project was originally constructed on Sept. 19, 1967.

The levee systems’ “unacceptable” ratings mean they may not provide the designed level of flood reduction and are not eligible to apply for federal rehabilitation assistance if damaged in a flood or storm event.

“The City has made progress in correcting some of the deficiencies identified during previous inspections, however more maintenance work is needed to make sure levee systems perform as designed and do not present unacceptable risks to the public, economy or environment,” said Herb Bessey, Walla Walla District’s Levee Safety Program manager. “Public safety is the number one goal of the National Levee Safety Program.”

Corps of Engineers project ratings do not determine final eligibility under the National Flood Insurance Program, a FEMA-managed program. Certification documentation is the responsibility of the levee sponsor. For information concerning the National Flood Insurance Program in relation to this levee system, contact the City of Pocatello or the Federal Emergency Management Agency (FEMA).

The Portneuf River Flood Damage Reduction Project, Pocatello System 1 begins as an unrevetted left bank spur levee adjacent to the east side of Indian Hills Elementary School on the Portneuf River on the south side of Pocatello, Idaho. The spur levee is approximately 0.5 miles long. At Cheyenne Avenue, the system becomes a revetted left bank levee. The system continues northwest downstream through the City of Pocatello for an additional approximate 1.7 miles. The downstream end of the system is located upstream from Sue Road. The entire length of Pocatello System 1 is approximately 2.2 miles. System 1 was rated unacceptable due to reduced hydraulic capacity, animal burrows and unwanted vegetation. Additional issues include interior drainage deficiencies, over-steepened slopes and encroachments.

System 2 begins upstream of Cheyenne Avenue Bridge as a revetted channel. The system continues downstream of Cheyenne Avenue Bridge as a revetted right bank levee. The system proceeds northwest downstream through the City of Pocatello as a right bank levee where it ties into the concrete channel (Pocatello System 5) approximately 230 feet upstream of West Halliday Street. The entire length of the Pocatello System 2 is approximately 3.1 miles. System 2 was rated unacceptable due to reduced hydraulic capacity, interior drainage deficiencies, and unwanted vegetation. Additional issues include an animal burrow, an over-steepened slope and encroachments.

System 3 begins approximately 245 feet downstream of Sue Road as a revetted left bank levee. The system proceeds northwest downstream for approximately 0.9 miles as a revetted left bank levee through the City of Pocatello where it becomes an unrevetted spur levee that continues approximately 450 feet in a westerly direction to connect with Grant Avenue. The entire length of the Pocatello System 3 is approximately 1 mile. System 3 was rated unacceptable due to reduced hydraulic capacity and unwanted vegetation. Additional issues include some minor erosion, interior drainage deficiencies and encroachments.

System 4 begins near high ground upstream of the concrete channel as a revetted channel. The system continues downstream until reaching the concrete channel near City Creek. The system proceeds northwest downstream through the City of Pocatello as a left bank concrete channel where it transitions back to a left bank levee system. The left bank levee proceeds further downstream until it ties into high ground. The entire length of Pocatello System 4, including upstream levee segment, concrete channel and the spur levee, is approximately 2.3 miles. System 4 was rated as unacceptable due to lack of maintenance on the interior drainage, floodwall drainage systems, reduced hydraulic capacity and unwanted vegetation. Additional deficiencies include depressions, deteriorated concrete surfaces, deficient flap gates and encroachments.

System 5 begins approximately 230 feet upstream of West Halliday Street where it ties into Pocatello System 2. The system includes the right side of the concrete channel. The entire length of Pocatello System 5 is approximately 1.5 miles. System 5 was rated unacceptable due to unwanted vegetation and lack of maintenance on the floodwall drainage system. Additional issues include floodwall tilting, minor sedimentation, interior drainage deficiencies, concrete deterioration and cracking.

Inspections and assessments provide continuous feedback about levee systems and their reliability, and are a critical part of the Corps’ Levee Safety Program. Routine inspections, conducted annually, focus on the operation and maintenance of the project. These annual inspections verify the project sponsor operates and maintains the levee to achieve the maximum benefits the levee was designed to provide. Routine inspection items include vegetation, encroachments, drainage structures, erosion, animal burrows and culverts. Routine inspections result in an acceptable, minimally acceptable or unacceptable rating and affect the project’s eligibility for federal rehabilitation assistance under Public Law 84-99 if damaged in a flood or storm event.

The periodic inspection is the next level in the levee safety program and is conducted by a multidisciplinary team, led by a professional engineer. It includes a more detailed, comprehensive and consistent evaluation of the condition of the levee system and will be conducted every five years. Activities under the periodic inspection program include routine inspection items; verifies proper operation and maintenance; evaluates operational adequacy, structural stability and safety of the system; and compares current design and construction criteria with those in place when the levee was built. 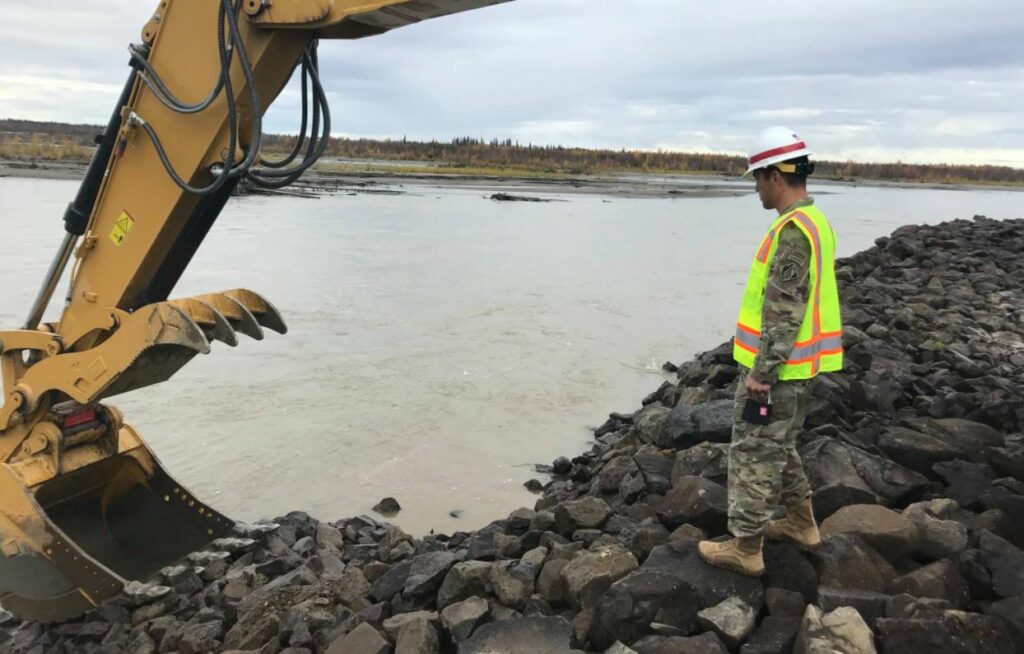