Ireland’s largest bulk port company Shannon Foynes Port Company (SFPC) has unveiled plans to double its trade in the next three decades with the publication of an ambitious masterplan, Vision 2041.

The plan was launched by Minister for Transport, Tourism and Sport Leo Varadkar, TD, and is the first of its kind set out by the company, which has statutory jurisdiction over all commercial maritime activities on the Shannon Estuary, stretching from Kerry Head/Loop Head to Limerick City consisting of an area of 500km2.

SFPC currently helps to facilitate international trade valued at over €6bn per annum through the six port facilities on the Shannon Estuary. The Port facilities are of national importance and this is reflected in the fact that 37% (CSO 2011) of Ireland’s bulk traffic now transits the Estuary. In 2012 SFPC handled over 10 million tonnes of cargo, an increase of 10% on 2010.

Launching the masterplan, Minister Varadkar said: “I commend the port for drafting such a realistic, achievable and ambitious plan. Shannon Foynes is an important asset for the south west of Ireland, and for our national economy, and I welcome its goal to attract significant international investment. The significance of the port has been recognised internationally by its designation as a TEN-T core port by the European Council.”

The following are the key points in the Masterplan for various Shannon Foynes Port Company facilities:

• It is anticipated that the Port of Foynes will require an additional 127 hectares of port development land over Vision 2041,

• The consultation phase of Vision 2041 highlighted that post Panamax capability berthage (to cater for vessels of up to 80,000 tonnes) should be provided as close as possible to existing customer facilities at Foynes,

• Following an initial preliminary assessment, Foynes Island has come to the fore as the preferred option from a navigational and capacity perspective. The Island traditionally facilitated port operations with an operational oil jetty until the late 1970’s. With extensive access to natural deep water (occurring between 12.5m to 20m depths), the island provides immediate access to the main navigation channel of the Estuary,

• The growth of the Port could potentially result in up to an additional 1,370 HGV vehicle movements to and from the Port of Foynes per day by 2041. It has been a long-term objective of SFPC to support the development of a new link road between the N69 and the N21, which would provide for a high quality link between the routes. The deferral of key projects such as the Adare bypass, N21 upgrade and the Atlantic Corridor, has resulted in a deterioration of traffic conditions on the N21 at the same time as improvements along both the N69. Consequently, there is currently a reduced demand for the provision of a new link road between the N69 and the N21. In the longerterm, it is envisaged that the N69 will be upgraded to a suitable standard to be capable of fully accommodating the growth along the Shannon Estuary and at the Port of Foynes,

• The rail line within the port extends directly up to the East and West Jetties. Although discontinued in 2000, the 26-mile long rail route between Foynes and Limerick remains a key asset to the port, as the route corridor itself and the permanent way remains intact. Of the three major Ports in Ireland, the Port of Foynes has the most potential to realistically implement a viable rail freight connection, which can be reinstated with a minimum capital investment. Through the upgrade of the section of track from Foynes to Limerick, the Port of Foynes will have access to the National Rail Network. The Port of Foynes links to the National Rail network at a point where existing flows are low and where rail freight could be readily introduced without disruption to passenger rail timetable and for a modest cost. Recent cost-estimation studies undertaken by both Iarnród Éireann and by consultants on behalf of SFPC suggest an indicative reinstatement cost of circa €12m. Preliminary estimations also suggest that the line reinstatement works could be achieved in 9-12 months duration,

• The projected growth in tonnage at Foynes necessitates an additional 9,290sqm of new warehousing with 60% of this identified for the energy and industrial related sectors,

• Some 5,109m2 of existing warehouse stock needs to be upgraded or replaced. 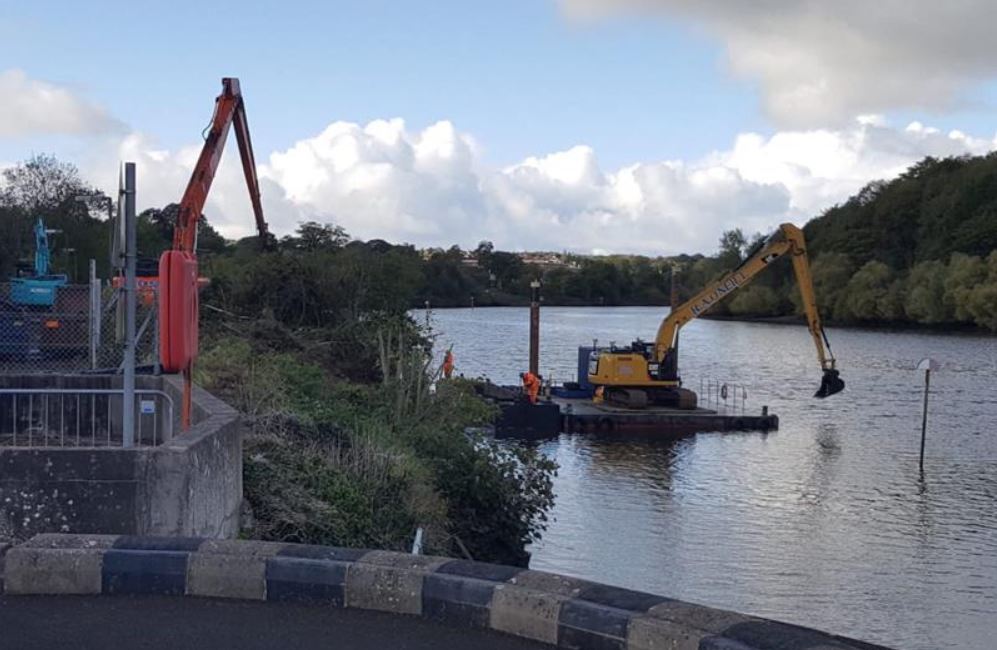