The Government of Russia regulation dated 26.02.2013 № 242-r sets boundaries of a seaport under contruction located in the north-eastern part of the Yamal peninsula, on the western shore of the Ob mouth in 5 kilometers to the north-east from the Sabetta rotation village, and in 30 kilometers to the south-east from the Tambey village (Yamalo-Nenetsky autonomous district).

The seaport is being constructed in accordance with the Government of Russia regulation dated 13.07.2012 № 1259-р, which recognizes the reasonability of seaport construction in that place in order to provide transshipment of raw hydrocarbons of the South Tambey gas condensate field located in Yamal and delivery of natural gas, oil, and gas condensate by sea transport to the countries of Western Europe, North and South America, and the Asia and Pacific region.

FSUE “Rosmorport” is the client constructior of federal property objects construction in the seaport, including creation of a navigational approaching canal in the Ob mouth. The project for construction of a seaport near the Sabetta village is included in the federal target program “Development of the transport system of Russia (2010-2015 годы)” and is in the list of program activities, where the scope of finance exceeds the program implementation period.

From 2012 till 2016 the total amount of budget investments into the construction of the federal property objects, including creation of a navigational approaching canal in the Ob mouth in the seaport will reach almost 47.3 billion roubles. 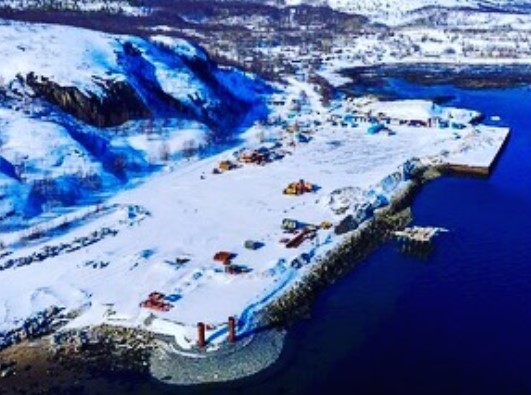