The corporation incorporated on 29.03.1976 and completed 36 years of the dedicated service to the nation. DCI is the sixth largest dredging company in the world and owns 11 TSHDs, 3 CSDs and 1 each of Tug and Back Hoe Dredger. DCI’s clients includes various major and minor ports of India, Indian Navy and other Maritime establishments.

Dr P.K.Sethi, DGM (HSE) welcomed the gathering. As a part of celebrations longest serving employees were felicitated by Capt D.K.Mohanty, CMD. CMD in his address to the employees and their families, informed that the acquisition of new dredgers will augment the present demand in the country, and proposal for procurement of higher capacity dredger first of its kind in India will further enhance the capability in taking up new assignments.

Colorful Cultural programmes were performed by children of the DCI employees. Gifts were distributed to all children including most punctual attendance category male and female employees on this occasion.

Capt D.K.Mohanty CMD, Sri. P.V.Ramana Murthy, Director (Finance) along with their family and all head of the departments, family members of DCI, Officials from all UNIONS, ASSOCIATIONS, were participated in large numbers. 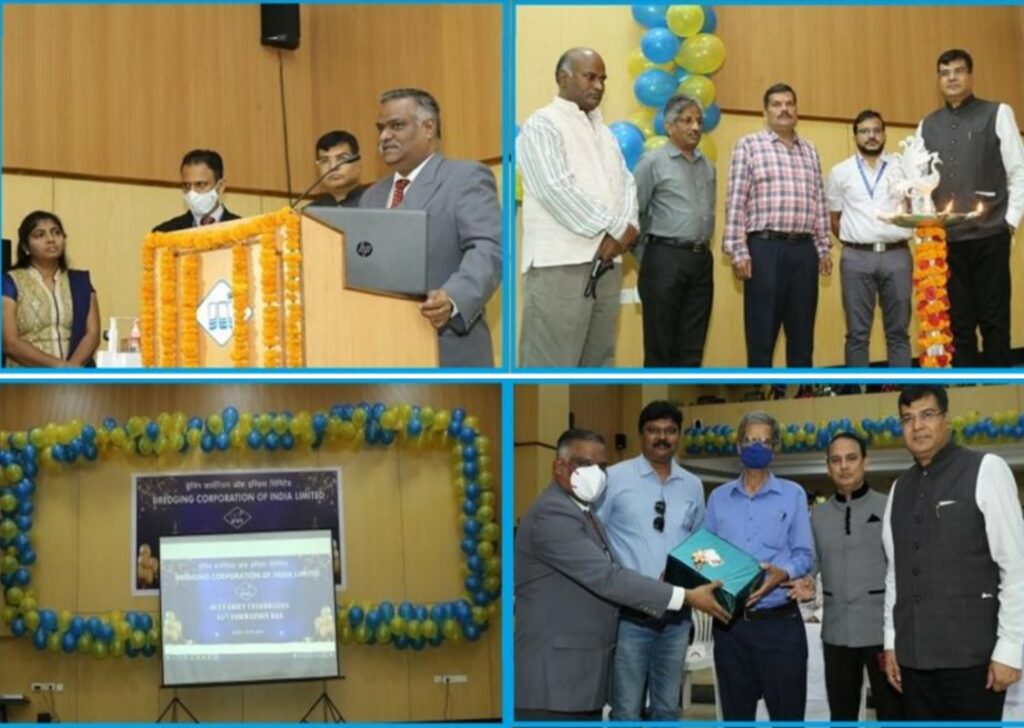