Rio Tinto has taken a major step forward in its expansion of its Pilbara operations, with the installation of the new shiploader with a nominal 55 million tonne annual capacity on the new wharf at Cape Lambert.

The shiploader was swung from the ‘BigLift’ vessel and placed directly on to its rails on the wharf, which will eventually extend 1.4 kilometres from shore.

The shiploader was manufactured offshore and transported to the Pilbara in modular form by the specialist heavy-lift ship. The modular design meant a narrow timeframe was necessary to transfer the 1,000-tonne shiploader from the vessel to its position, minimising the safety hazard in the works and improving the construction time. Unloading and erection was completed within a few days.

Rio Tinto Pilbara Projects chief operating officer Michael Gollschewski said the shiploader was a major component of infrastructure in the expansion programme and it was exciting to see it secured in place.

“The last time we received a new shiploader was in 2007, also at Cape Lambert, on the existing wharf as part of the capacity expansion to 220 million tonnes a year. This is a powerful visible reminder that we are progressing rapidly towards the reaching our interim target of achieving 290 million tonne annual capacity for the Pilbara operations,” he said.

“The shiploader joins the two new stackers, two reclaimers and a new car dumper in the newly constructed stockyard for the Cape Lambert expansion, which means all of our major coastal infrastructure for the 290 Mt/a project is now safely on site and in place ensuring a major element of risk has now been resolved.”

The expansion is progressing rapidly and to schedule, with a variety of inland mine, rail and support infrastructure projects also forging ahead.

The new Cape Lambert wharf is being constructed in two stages with the first stage to be completed in the third quarter of 2013, consisting of a two-sided berth that will provide facilities and loading for two very large ore carriers with the capacity to deliver up to 250,000 tonnes of iron ore to each.

Work on the second stage (phase B), will add a 400-metre wharf extension with another two berths, this second stage is already well advanced, with all dredging requirements and majority of piling now completed. Once all works have been completed the Cape Lambert port will have the largest export capacity of the three iron ore port assets owned by Rio Tinto.

The Rio Tinto expansion of its Pilbara operations is the largest integrated mining project in Australian history, and is on track to complete the announced schedule: 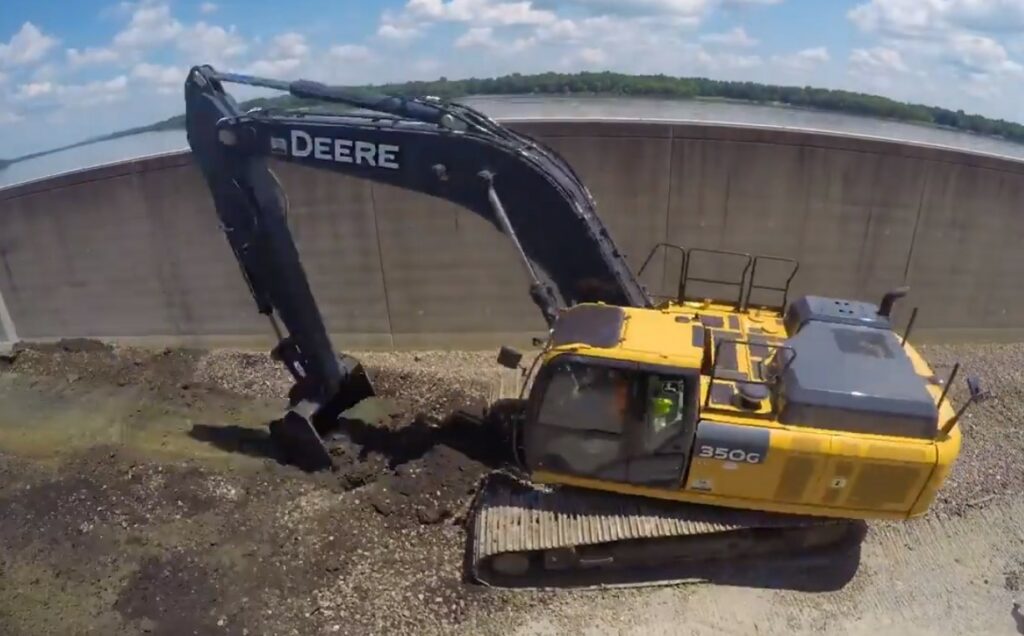