With the release of President Obama’s fiscal 2014 budget, the American Association of Port Authorities (AAPA), representing seaports in the United States and throughout the Americas, stated there are both positive and concerning aspects of the budget pertaining to ports and the efficient and secure movement of freight.

In regard to modernizing and maintaining America’s port navigation infrastructure, AAPA commends the Administration’s budget request for being $42 million higher than last year’s $848 million request for the coastal navigation portion of the U.S. Army Corps of Engineers’ Civil Works Program.

Kurt Nagle, AAPA’s president and CEO, said however that the budget proposal still “misses the mark” set forth in the MAP-21 surface transportation legislation passed by Congress last year. MAP-21 recommends the Administration request full use of the Harbor Maintenance Trust Fund (HMTF) for operating and maintaining U.S. navigation channels.

“On the one hand, we’re pleased the Administration has bumped up its budget request for vital navigation channel maintenance projects. On the other hand, we’re disappointed the President’s budget request is still hundreds of millions shy of what Congress called for in MAP-21,” said Mr. Nagle.

The Harbor Maintenance Tax collects about $1.6 billion annually for deep-draft navigation maintenance dredging, and the ‘Sense of Congress’ in the MAP-21 bill was that the Administration should request the full amount be spent. Mr. Nagle said, “Maintaining our federal navigation channels to their constructed dimensions would help buoy our economy and create jobs by making U.S. exports more internationally competitive and would make for safer and more efficient access into and out of America’s seaports.”

Also concerning to AAPA is a reduction in the Administration’s budget to pay for improving America’s deep-draft navigation channels to accommodate today’s larger, more fuel-efficient vessels. The budget calls for cutting the Corps’ Coastal Navigation Construction program from the $151 million proposed in fiscal 2013 to $108 million proposed for fiscal 2014. This represents a 40 percent decrease.

Another area of the proposed budget important to America’s seaports falls under the U.S. Department of Transportation. The USDOT portion of the Administration’s budget request is for $77 billion – 6 percent above the fiscal 2012 enacted levels. This includes a $50 billion program to provide immediate transportation investments that, according to the Administration’s news release, “will fund needed investments in our vital transportation systems while at the same time creating jobs and strengthening our nation’s economy.”

“AAPA believes these grants would have strong and positive effects on freight system improvement, although we don’t know yet how much is specifically proposed for improving landside connections with America’s ports,” said Mr. Nagle. He added that AAPA has strongly advocated for continuing TIGER program funding and dedicating at least 25 percent of the grants to port-related infrastructure.

Also in the USDOT portion of the budget proposal, the U.S. Maritime Administration (Marad) would gain $2 million in funding for a new port infrastructure development initiative within its Operations and Training account. This new program establishes port investment plan guidelines and initiates port planning grants. AAPA and Marad have been in discussions on this program for the past several years, since the program was initially authorized but never funded.

“AAPA lauds the Administration’s desire to increase budgets in landside transportation infrastructure through TIGER, TIFIA and other programs,” said Mr. Nagle. “It’s critical that improvements be made to the connections with America’s seaports.” He added that AAPA strongly supports the Administration’s stated goal to cut timelines for major port-related infrastructure projects in half. “Current processes take far too long, increasing costs and delaying project benefits.”

With regard to seaport security, the Administration’s proposal for the Federal Emergency Management Agency’s (FEMA) State and Local Program Grants—which recommends approximately level funding from last year’s proposed and enacted budgets—is to combine all state and local preparedness grants, including the Port Security Grant Program, into one called the National Preparedness Grant Program. While similar to last year’s proposal that would move grant management to the states, FEMA has made some changes to more clearly note that the states must take into consideration port needs. However, AAPA remains opposed to moving these grants to the state level and prefers a separate program that is managed at the federal level. These National Preparedness Grant Program awards would only have a two-year term, while AAPA prefers a term of performance of up to five years.

In the environmental arena, funding for the Diesel Emissions Reduction Act (DERA)—which has been highly successful in helping ports reduce dangerous emissions from older diesel engines—includes only $6 million. This is less than half of what the Administration proposed in its fiscal 2013 budget and significantly less than the $20 million funding approved by Congress in fiscal 2013. Mr. Nagle stated that AAPA will continue to press Congress for more funding for DERA.

“As the Administration and Congress grapple with the multiple goals of reducing the nation’s debt while growing jobs and the economy, federal investments in ports and their connecting infrastructure continue to be an essential, effective utilization of limited resources, paying dividends through increased trade, jobs and tax revenues,” said Mr. Nagle. 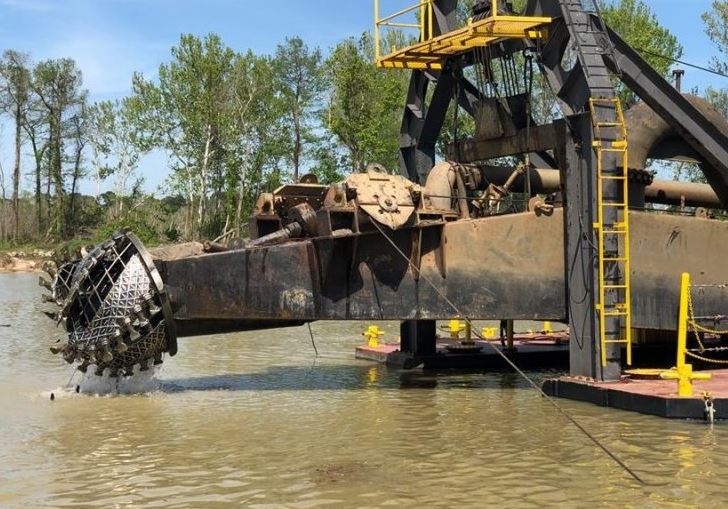