The partially submerged and rusting Waipa Delta pontoon has been successfully removed in a joint operation by Waikato Regional Council and Hamilton City Council.

The pontoon erected on the Waikato River near Memorial Park, just north of Victoria Bridge, was used by the Waipa Delta river tour operation for 24 years from 1985.

But there had been growing concerns the structure was a hazard to nearby park users and people using the Waikato River, said regional council navigation safety programme manager, Nicole Botherway.

“The pontoon has been listing and we’ve grown increasingly concerned it would sink and break apart, with debris from the pontoon threatening the safety of river users,” she said.

City parks and open spaces manager Sally Sheedy said the structure had been vandalised and believed it was being used as a shelter for homeless people.

“We have had some concerns about activity on the pontoon, and as it’s been disused for some time, we have been keen to see it removed,” Miss Sheedy said.

“Memorial Park and neighbouring Parana Park is popular with families and we are pleased to have been involved in this joint operation to remove the pontoon.”

The removal operation began about 7.30 am with water being pumped out of the pontoon. Contracted divers then entered the water, cutting the poles at riverbed level so they could be pulled onto a waiting barge.

The pontoon was then floated to an undisclosed location for dismantling and, where possible, recycling.

Meanwhile, two people on board the pontoon when contractors arrived on the scene yesterday morning, left with their belongings without incident. 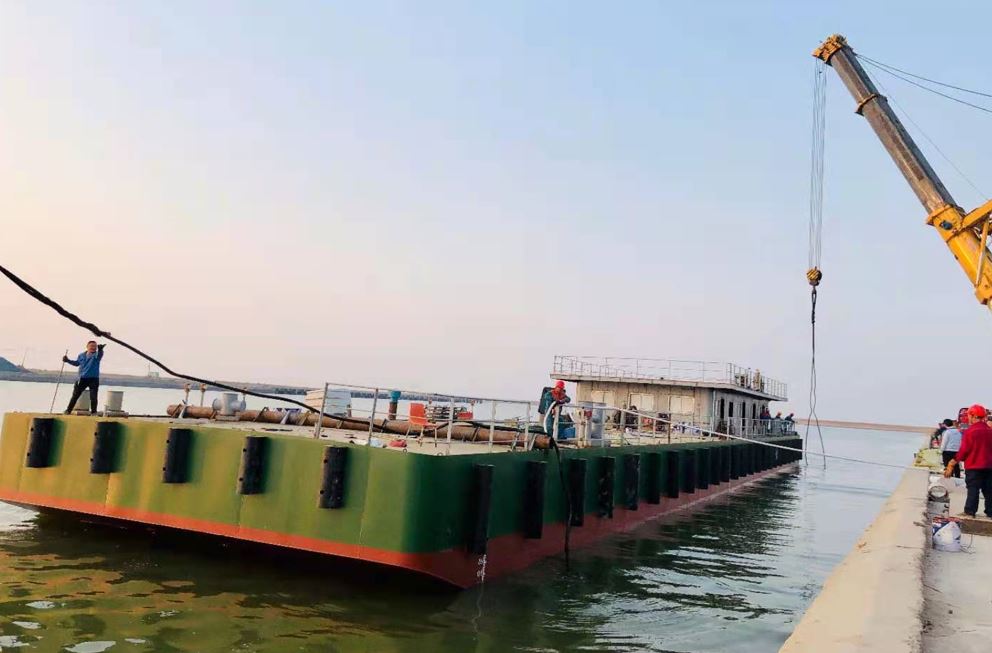