Today, Per Aarsleff A/S has entered into a contract with Port of Skagen for an extension of the port facilities.

The contract which has a value of DKK 226 million will be carried out during the coming 18 months and will be completed during the spring of 2015.

The project will be carried out as a turnkey contract by Per Aarsleff A/S and the subsidiary VG Entreprenør A/S with Rohde Nielsen A/S as the subcontractor on marine dredging.

The design and project work will be carried out by Grontmij A/S.

The purpose of the extension is to improve the port facilities to allow cruise ships and cargo vessels up to a length of 330 metres to berth in Skagen.

The port extension is the second phase. In 2006/2007, Aarsleff carried out the first phase comprising the establishment of an 11-hectare-large area southwest of the port.

The contract consists of the establishment of two new outer breakwaters with a total length of about 1,500 metres.

The new harbour basin will be dredged to a depth of 11 metres.

The dredged sand will be used for beach nourishment for beaches and sandbanks north and south of Port of Skagen.

Aarsleff expects that approx. 340,000 cubic metres of sand will be used for the beach nourishment projects.

Aarsleff  will also establish a new 450-metre-long quay and an 80-metre-long pier extension including quay equipment and utility installations.

In addition, the contract includes all paving work for the establishment of the quay. 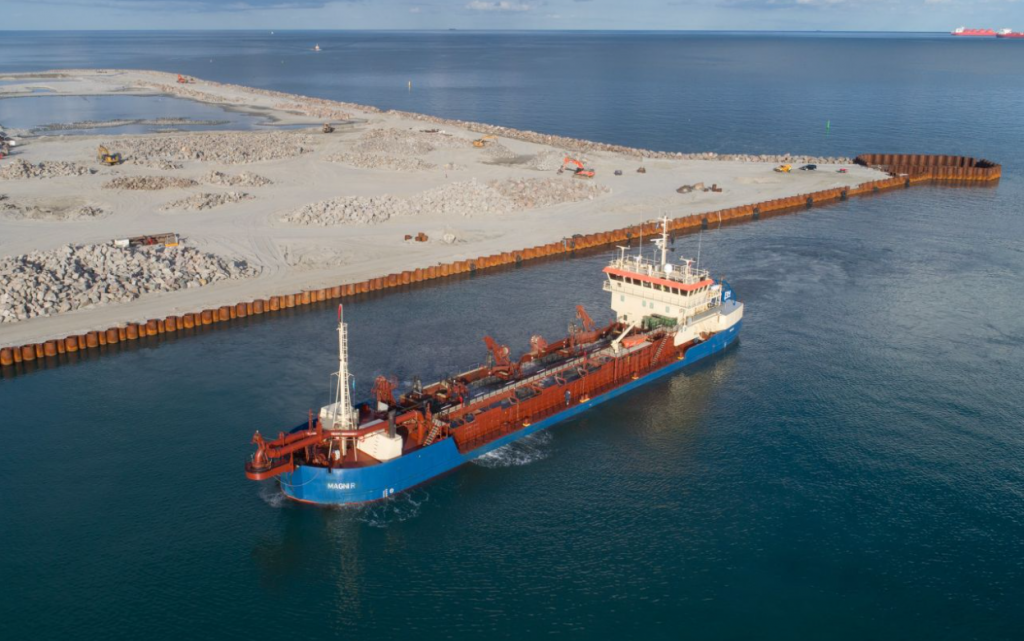