An extra £3 million has been made available for Scottish fishing harbours that were damaged by the storms late last year.

The storms, which were caused by an unusual combination of south easterly gales, low pressures and high tides, were described as the worst in decades and caused damage across Scotland.

The additional £3 million funding will be used towards costs to repair harbours, sea walls, and quaysides.

The announcement was made by the First Minister Alex Salmond, who visited the harbour at Fraserburgh, to review progress on its own Harbour Deepening project which is supported by the Scottish Government and the European Fisheries Fund.

The First Minister said: “The damage caused last year could be seen in harbours across Scotland and many people still say it was the worst storm they can remember. Although the harm it caused was severe, the reaction of those affected was commendable and a real sense of community spirit was demonstrated during the initial clean up.

“The Scottish Government is working with a number of harbours to clarify the extent of support required to put right the damage caused by these storms – and we have already made financial awards.

“The fisheries industries in Scotland contribute £500 million to the economy and support over 5,000 costal jobs across Scotland.

“The emergency harbour repair funding announced earlier this year ensured that immediate work to keep some harbours up and running could be undertaken quickly. This additional money will help mend piers and walls as well as minimise further damage in the future.”

Commenting on the work done in Fraserburgh, the First Minister continued:

“For fishing towns like Fraserburgh, it is vital the harbour remains open and fishermen can continue to work. I’m delighted that the Scottish Government has been able to contribute nearly two-thirds of the overall costs of the Fraserburgh harbour wall deepening project, which has been a huge undertaking and will provide the fishing industry with the infrastructure it needs for decades to come.” 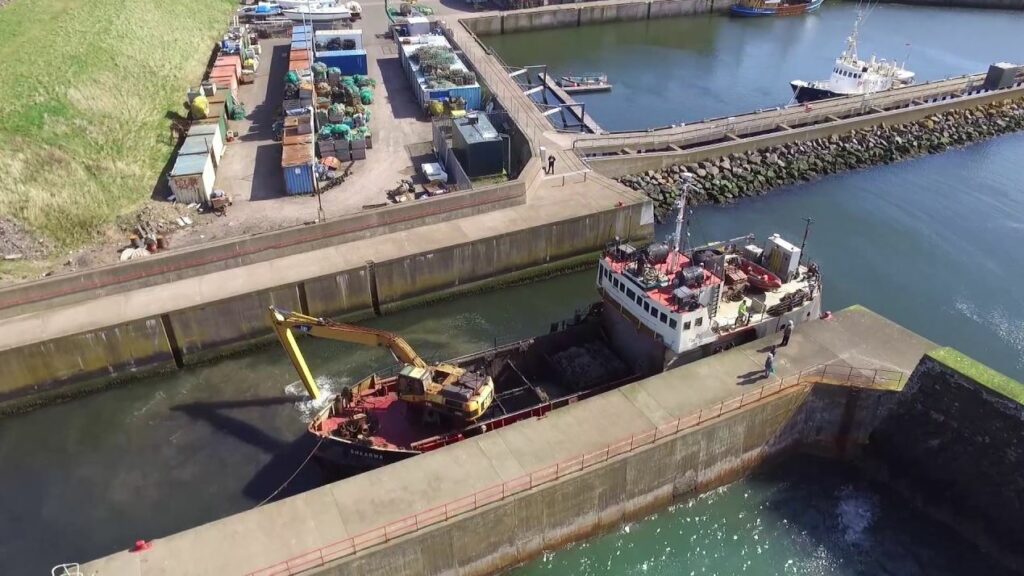