The dredging was intended to pump sediment to a dewatering station behind the Bowl stage and return the clean water to the lake system above the Serpentine, with the dewatered sediment taken away by trucks.

However a significant portion of the sediment was not being removed at the dewatering station, resulting in the upper part of the Serpentine being clogged with fresh sediment.

“It’s really disheartening to see the state of the Serpentine, and the sediment that has been flushed back into the Main Lake will take a few weeks to settle again,” says Manager Parks Mark Bruhn.

“We’ve called a halt to the work because the process being used just isn’t doing the job.

“We’ll require the contractor to come up with an environmental remediation strategy to repair the damage to the Serpentine, then we’ll consider where to from here.”

The dredging of the Serptentine, Main Lake and Fountain Lake is part of a project to improve the water quality in Pukekura Park. So far, wetlands and forebays have been built to trap sediment from three streams that feed the lake system, and the dredging was to remove about 10,000m3 of silt from the lakes.

Mr Bruhn says the sediment removal may now be delayed until next year.

“There isn’t time this year to decide on a new removal process and get it done before the festival season starts in the park,” says Mr Bruhn.

“Instead we’ll concentrate on tidying things up so that the park looks great for the big events coming, and look to restart the sediment project no earlier than April next year.”

Mr Bruhn says the rebuilding of the edges of the main and fountain lakes has progressed well, with just one section below Poet’s Bridge to be completed. 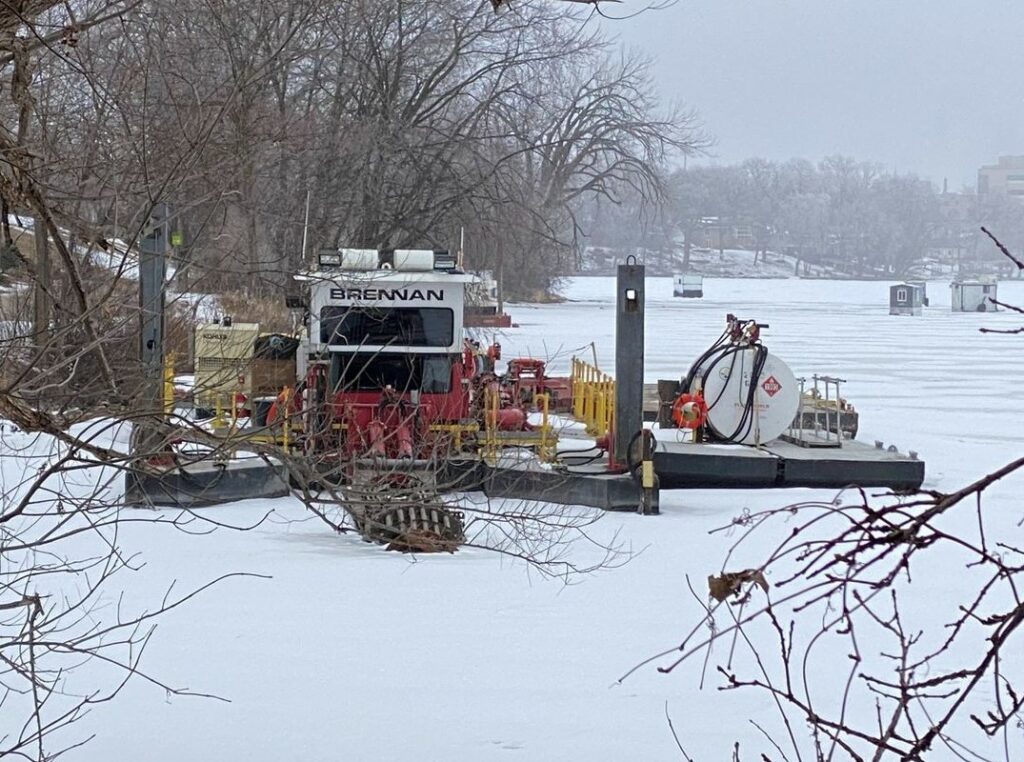