The Catalan President Artur Mas has met today with Giora Israel (Senior Vice President) and Michel Nestour (Vice President) from Carnival Corporation & plc and four senior executives from some of Carnival Corporation & plc brands at the Palau de la Generalitat, the seat of Catalonia’s regional government, with Barcelona’s Mayor Xavier Trias and the President of the Port of Barcelona Sixte Cambra.

The Port of Barcelona announced during this meeting that it had reached an agreement with Carnival Corporation &plc to build and operate a new cruise terminal (Terminal E) on the Port’s Adossat wharf.

With an estimated investment of over 20 million EUR by the Carnival Group, Terminal E will cover an area of approximately 10,000 square meters and will be able to receive post panamax cruise ships with a capacity for 4,500 passengers in turnaround operations (start or end of the voyage).

This investment aims to meet the industry’s future needs to provide service to increasingly large ships that also have Barcelona as their turnaround port for routes around the Mediterranean.

It is also worth mentioning that since 2005 Carnival Corporation & plc financed, built and operated an existing terminal (also known as ‘’Palacruceros’’ or terminal D) under concession on the Adossat wharf at the Port of Barcelona.

This terminal will soon be enlarged with the construction of a singlestory building covering 1,300 square meters in the southern sector of the current building.

The Port of Barcelona will also intend to make an additional investment of 3.5 million EUR.

It will dedicate 2 million EUR to preparing and performing the urban development works around Terminal E and will spend a further 1.5 million EUR on improving signposting on Adossat wharf.

Terminal E will be managed under a concessionary regime by Carnival Corporation &plc and the facility is planned to come on stream in 2016 subject to satisfactory completion of all required approvals. 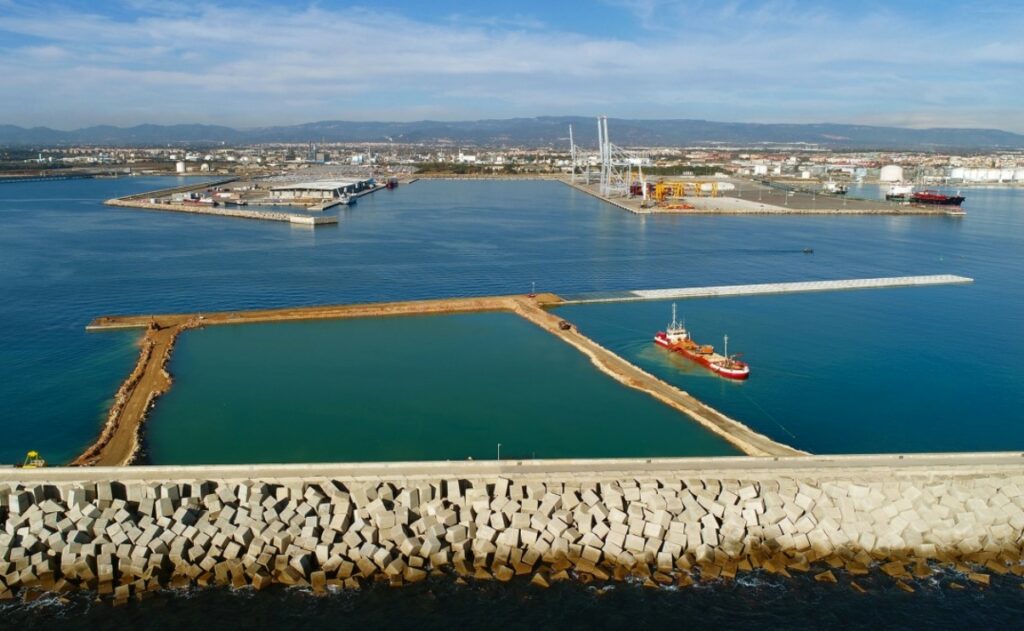