The Dredge Jadwin recently returned to her home port of Vicksburg from the 2013 dredging season after 150 days in action.

The Jadwin is a 274 ft., 2400 horse-powered dredging ship that is capable of dredging as deep as 62 feet. She has a height of 4 stories and performs dredging duties on the Mississippi River and ports along the river during the traditional low water season from July to December.

The Jadwin was built at the Marietta Manufacturing Company, in Point Pleasant, West Virginia, on the Ohio River. She was launched on 30 October 1933, and named for Lt. General Edgar Jadwin, chief of engineers at the time of the disastrous 1927 flood. The Jadwin was converted from steam to diesel electric in 1985 and the pilot house, galley and crew quarters were remodeled in 2007.

Dustpan dredges are unique to the Mississippi River and work to maintain a navigable channel for commercial navigation to move unimpeded. The Jadwin has a large suction head with high velocity water jets that loosen the silt and sand materials on the river bed and pump this material through a floating pipeline and is deposited outside the navigation channel near the riverbank. 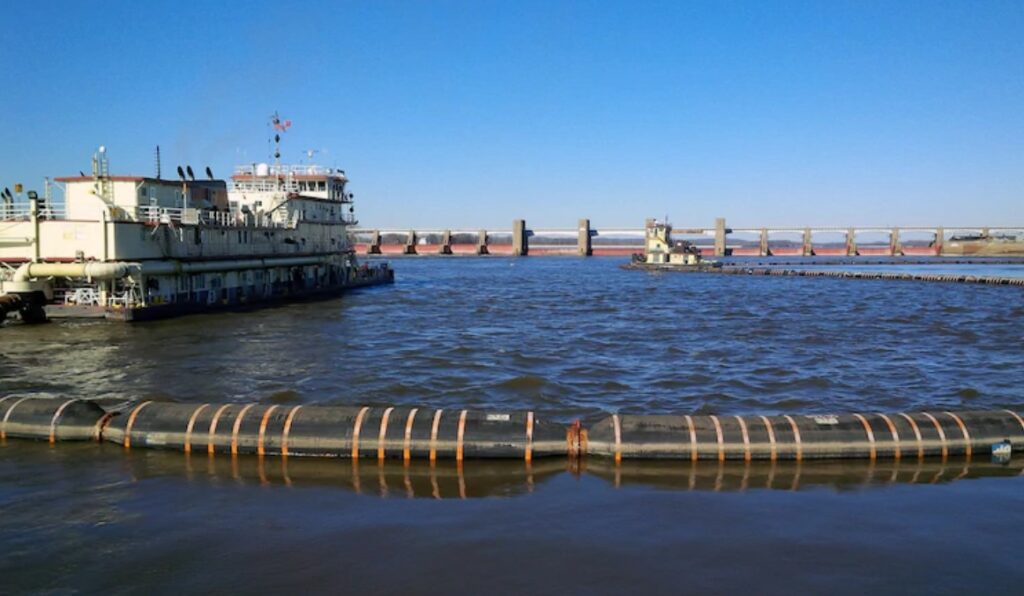