On the countdown to its centennial in 2014, the Panama Canal celebrates 14 years under Panamanian administration, characterized by its enhanced service to world maritime trade.

“The Panama Canal has strengthened its role in international trade, while contributing to the country’s development,” said Panama Canal Administrator Jorge L. Quijano.

The Panamanian management model has enabled the efficient and safe operation of the Canal, allowing it to offer a world-class service.

Under Panamanian administration, the Panama Canal Authority (ACP) has improved its service to world maritime trade through the permanent maintenance and modernization of its infrastructure. Approximately, US$2 billion have been invested since 2000.

During fiscal year (FY) 2014 (October 1, 2013 to September 30, 2014), the ACP will invest approximately US$238 million in maintenance of structures and equipment to continue providing an efficient service to the international maritime community. The main areas of maintenance include, among others, the navigation channel through dredging operations; the control of erosion and landslides; floating equipment such as tugboat, dredges, cranes and launches; the locks and their components; and the dams, landfills, power plants, buildings and facilities.

In 2007, the Panama Canal Expansion Program began as a result of a widespread approval by Panamanians in a national referendum. The Expansion Program will create a new lane of traffic along the Canal by building a new set of locks which will allow the transit of bigger ships with more capacity. This is the greatest modernization project of the waterway since it was opened in 1914.

The Panama Canal will celebrate its centennial on August 15, 2014.

As part of the centennial countdown, the Panama Canal Authority began on August 15, 2013 a calendar of activities to celebrate the milestones that led to its opening, such as the first lockage and the 100 years of dredging Culebra Cut, which removed the last barrier during its construction.

During the upcoming months, the Panama Canal will commemorate other important historical milestones linked to the waterway’s operation and its importance to world maritime trade, while highlighting the aspects that have made the Panama Canal an international symbol. 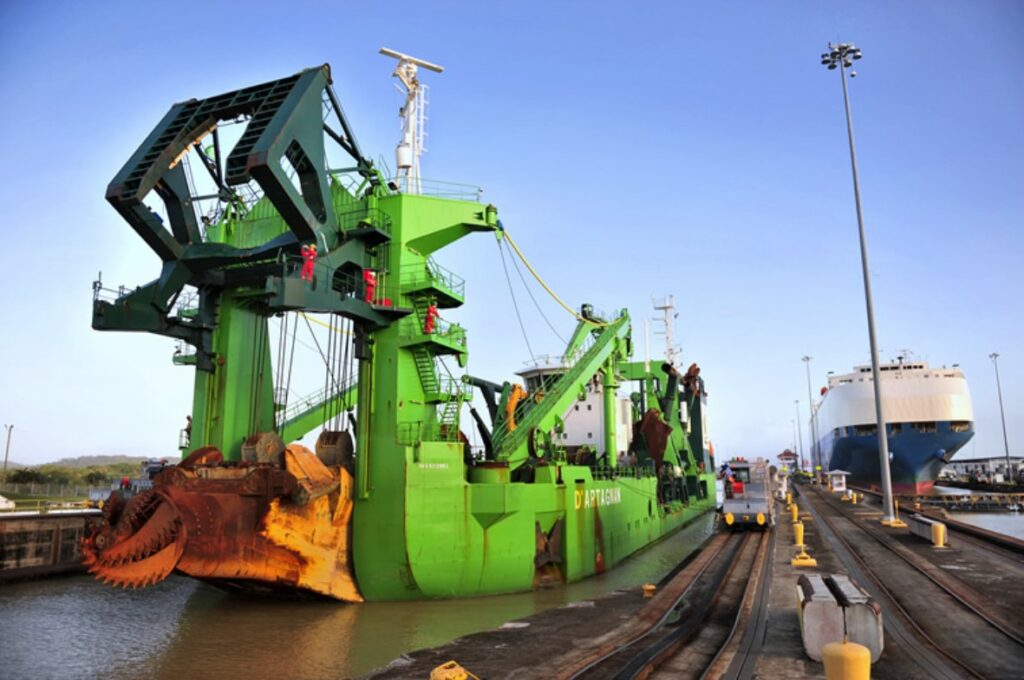