On 15 January 2014, Mr Jaroslaw Kotowski, Project Manager at the Innovation and Networks Executive Agency, visited the Port of Gdansk in order to intensify cooperation in the implementation of the project funded under the 2012 TEN-T Annual Work Programme.

The project “Elaboration of the design documentation for the modernization of the Quays and Dredging the Fairway at the Internal Port of Gdansk” submitted by PGA SA under the 2012 TEN-T Annual Work Programme was the only project in Poland to receive a grant.

Additionally, the TEN-T Fund awarded a grant for a project partnered by Poland and other countries, namely the Czech Republic, Slovakia, Austria, Italy and Slovenia. The Polish beneficiary of the task including the development of a study dossier regarding a transportation market analysis for the Pan-European Rail Corridor V and the creation of operating organisational structures being able to implement the project is PKP PLK SA.

However, the grant of EUR 0.56 million will allow PGA SA to prepare the design documentation (construction and environment-related documents) for the investment to be co-funded in the 2014-2020 financial framework.

During the meeting with the Brussels representative, the team responsible for preparing the port’s applications for EU grants and Mr Marek Pietruszewski, Vice-President of the Board for Financial Matters, delivered a presentation on the scope and schedule of the project. The Brussels official responsible for the Port of Gdansk’s project outlined the applicable public contract award procedures and the anticipated project monitoring measures. 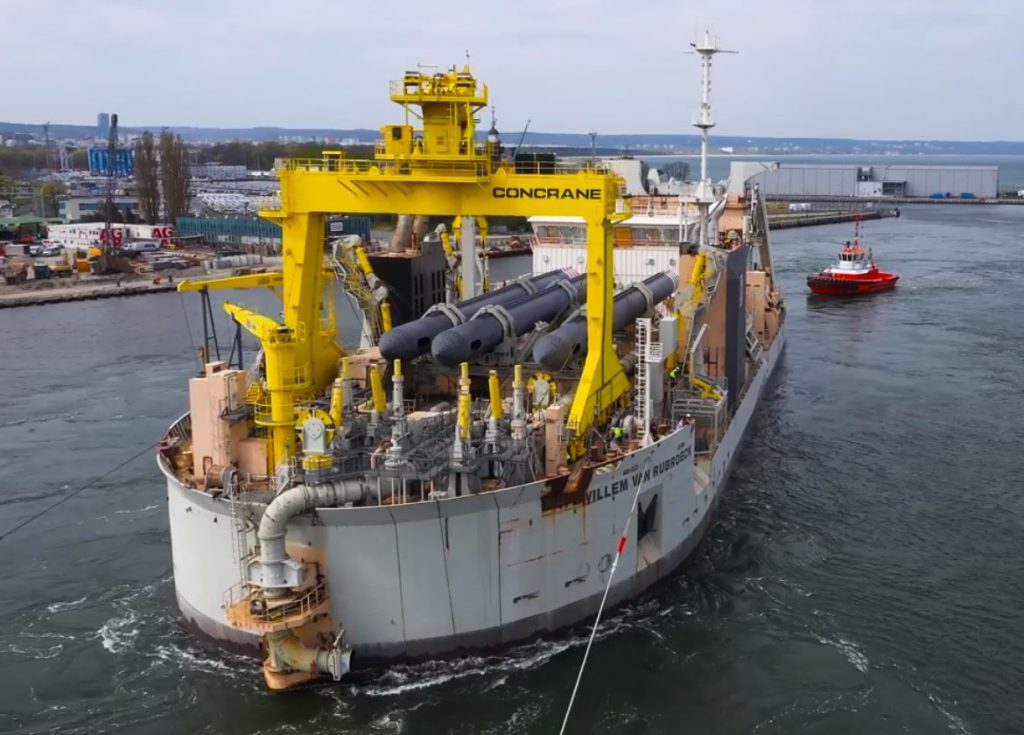