“The Port of Hamburg‘s throughput trend is a fine signal for Hamburg and the entire Metropolitan Region. Growth of 6.2 percent is a most impressive result, underlining the tremendous effectiveness of port and logistics companies in Germany‘s largest universal port,” said Axel Mattern, Port of Hamburg Marketing’s Executive Board Member, at the presentation of the Port of Hamburg’s cargo handling figures for 2013.

Against the trend in its competing ports, the Port of Hamburg succeeded in growing and in gaining market shares in container traffic. In the four largest ports of mainland Northern Europe, in 2013 seaborne cargo throughput totalling 849.1 million tons represented only slight, one percent growth.

Expansion of infrastructure in the interest of the entire national economy

“We need to stress to the public in general that the infrastructure for traffic into and out of the seaports lies in the interest of the entire national economy. We are therefore relying on a positive decision this year by the Federal Administrative Court in Leipzig on the deepening of the navigation channel on the Lower and Outer Elbe,” said Ingo Egloff, HHM Executive Board Member.

“Countrywide, around 260,000 jobs, of which 110,000 are outside the Hamburg Metropolitan Region, are linked directly or indirectly with the Port of Hamburg. In addition, almost 20 billion euros of added value countrywide underlines that the Port of Hamburg’s significance reaches far inland. On the construction of the Y-shaped rail link as well as the extension of the A20 and A21 autobahns, we all need to pull together. Championing improvement of the infrastructure should not be seen as North German folklore, but considered in connection with its relevance for the entire Federal Republic. Also part of the equation is the Port of Hamburg’s significance for the seaborne foreign trade flows of our European neighbours,” concluded Egloff. 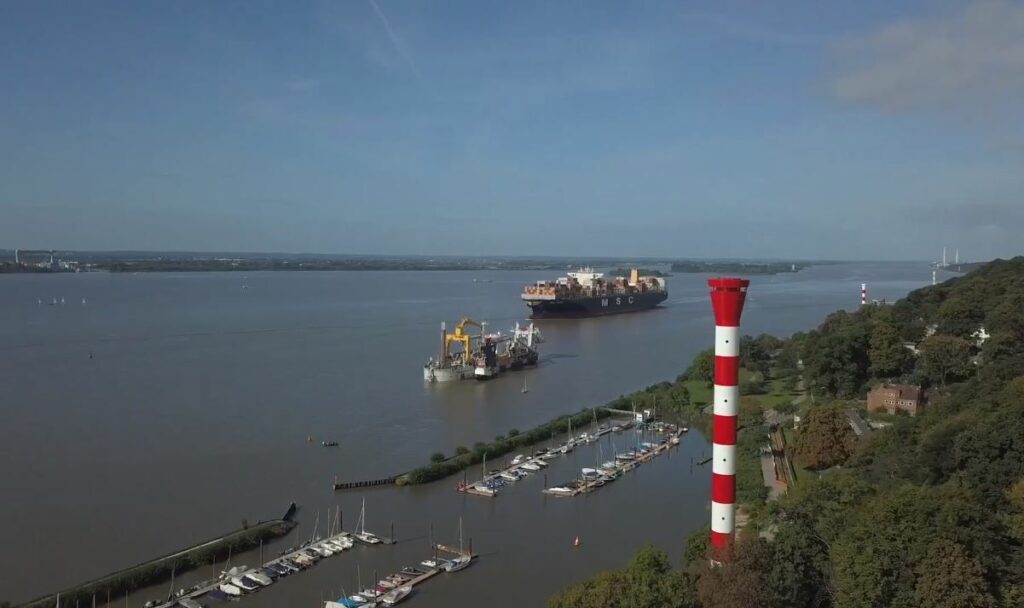