Acting Premier and Minister for Regional Infrastructure and Services Andrew Stoner and Member for Ballina Don Page announced the successful contractor that will raise the crest of the Ballina North Breakwater.

Mr Stoner said CivilTeam Pty Ltd, a North Coast engineering company based at Murwillumbah, was awarded the tender for the project and would begin the improvement works early in May.

“It has been just two months since I was last in Ballina and I am pleased to say things are moving along quickly to restore the viewing platform at the Ballina North Breakwater,” Mr Stoner said.

“Following last year’s $1.5 million breakwater upgrade, I met with the Member for Ballina and Ballina Shire Council over concerns about the loss of views at the ocean end of the wall.

“While the purpose of the breakwater is to provide safety for the community, we understand community members also enjoy the ocean views from the wall and we committed to improving their viewing platform.

“The estimated cost of the works is $150,000 and will form part of the infrastructure being delivered under the NSW Government’s Coastal Infrastructure Program.”

Mr Page said the works were scheduled to be completed within 10 weeks, subject to weather conditions.

“Raising the level of the crest will allow the public to enjoy the views from the breakwater once again,” Mr Page said.

“The structure will be made of rock and gravel with a bitumen finish to match the existing path.” 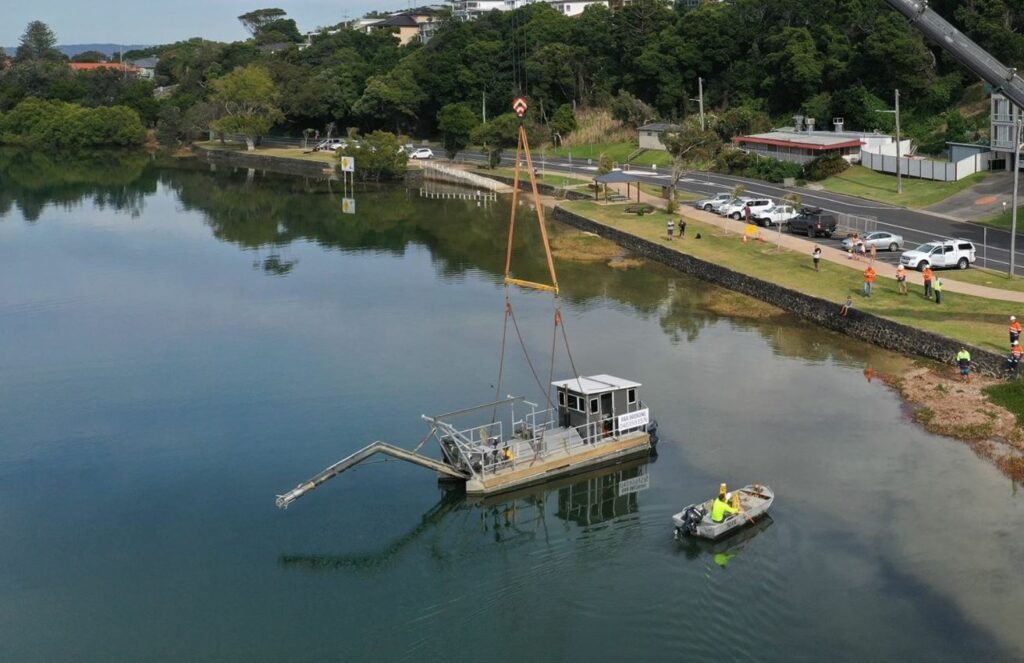