Two years ago Rohr bought their first deep dredger from IDRECO for their plant in Bensheim. After one year of working with the new IDRECO deep suction dredger, the decision was made to also replace the existing bucket ladder dredger at the plant in Waldsee.

One of the reasons was deeper dredging, but also the higher efficiency of mining with a suction dredger of IDRECO. This made them decide to purchase a second dredge within two years.

This IDRECO ISD300 dredger is equal to Rohr’s first dredger and is equipped with an underwater IDP300 dredge pump. This is directly driven by a submersible electric motor with a power of 315 kw and frequency driven. A jet water pump with a capacity of 250 m3 at 9 bar pressure is placed inside the starboard pontoon and feeds the 8 jet nozzles on the jet suction head.

The maximum suction depth of the dredger is 32 meter below water level and it has a production output of 300 tons material per hour.

Installation of the IDRECO Dredger Control System guaranties maximum efficiency in dredging and means maximum production with as less energy use as possible. A DGPS system is also installed on the dredger to monitor the mining volume and depth which makes it possible to mine the maximum amount of cubic meters out of the licenced plot. 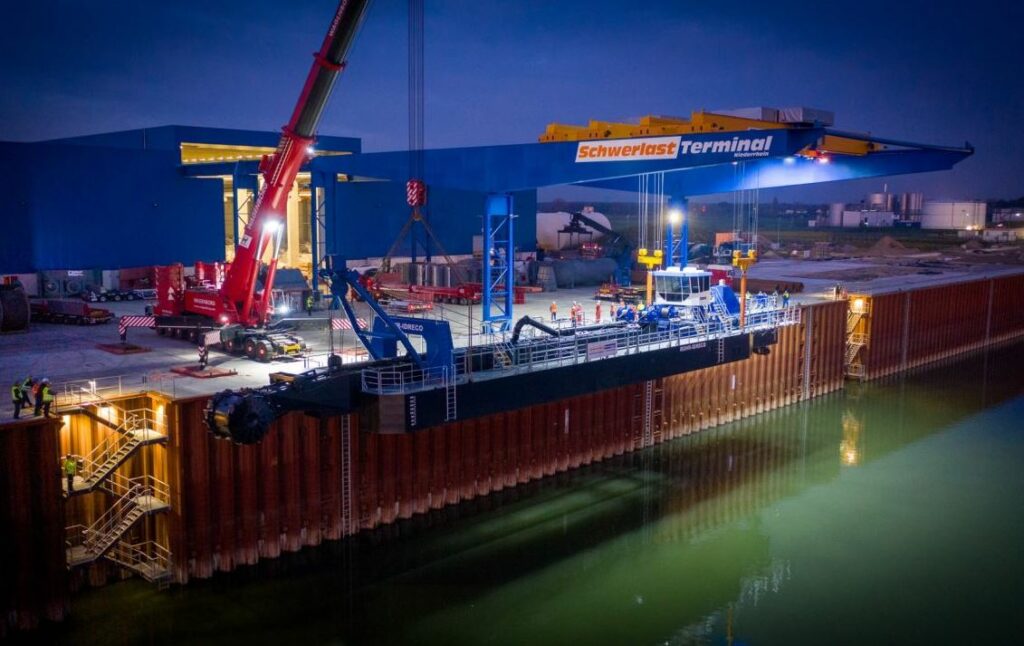