The National Bank of Belgium (NBB) has published an annual update of the study on the economic importance of the Flemish maritime ports – Antwerp, Ghent, Ostend and Zeebrugge -, the Liège port complex and the port of Brussels.

The contribution of each port to the national economy is estimated on the basis of the analysis of their economic, social and financial situation over the period 2007 – 2012. The three principal variables considered are value added, employment and investment. This study also highlights the indirect effects on value added and employment, as well as the main data from the social balance sheet.

Analysis of the financial results involves a study of the return on equity, liquidity and solvency ratios and the financial health model developed by the Bank.

The decline in direct value added in the six Belgian ports that had begun back in 2011 continued in the year 2012, albeit at a more moderate pace (-0.5 %). Value added generated directly by the maritime cluster was up 8.2 %, thanks mainly to cargo handling and port construction and dredging activities. In the non-maritime cluster, on the other hand, value added fell in both trade and industry, with the biggest reductions concentrated in the energy and chemicals industry segments.

Individual port results were nevertheless quite divergent. The value added generated by the ports of Antwerp and Ostend enjoyed growth rates above 3 % in 2012. Over the same period, the port of Brussels’ value added remained stable. Conversely, it fell back by 1.5 % in the port of Zeebrugge. Lastly, value added produced by the port of Ghent and the Liège port complex slumped by 4.8 and 16.1 % respectively. Indirect value added grew by 0.4 %. The share of total value added in Belgium’s GDP was down by 0.2 of a percentage point to 7.9 %. 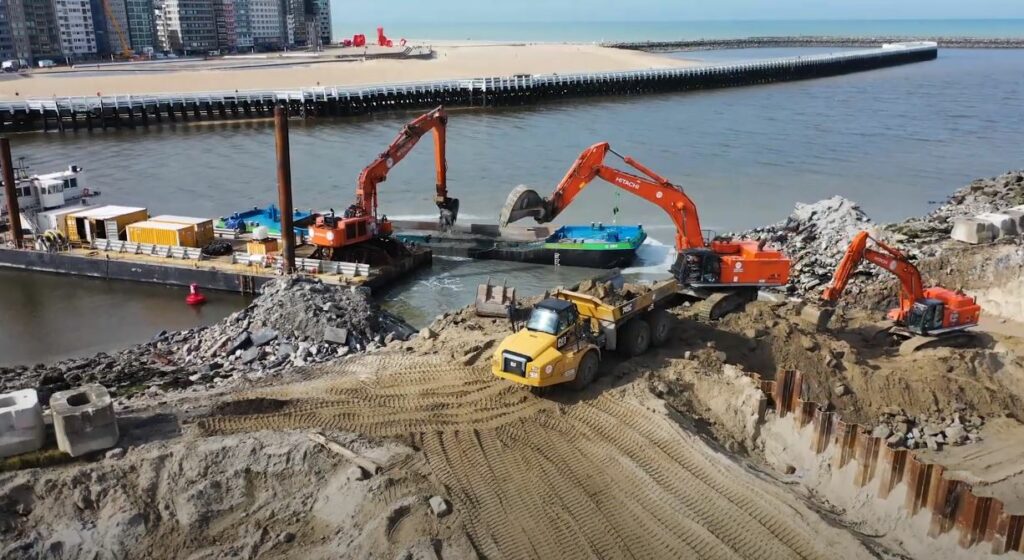