The U.S. Army Corps of Engineers, Jacksonville District, has invited the public to provide comments on issues regarding the Lido Key Hurricane and Storm Damage Reduction Project.

The Corps will address submitted remarks and questions at the meeting and also in the draft National Environmental Policy Act document, which it anticipates making available for further public comment in late 2014.

The City of Sarasota requested federal assistance with shore erosion more than a decade ago, and Congress directed the Corps of Engineers to construct the Lido Key Project as part of the Sarasota County Hurricane and Storm Reduction Project. The Corps conducted an Environmental Assessment in 2002, with a Feasibility Report Addendum in 2004. The Corps report describes a preferred plan with nourishment of an 80-foot-wide beach berm on 1.56 miles of shoreline and a groin field at the southern limits of the project.

The nourishment would require sand placement at approximate five-year intervals for 50 years.

The offshore sand sources evaluated in the report for Lido Key did not contain sand that meets current Florida Department of Environmental Protection’s criteria. A subsequent sand search was conducted to identify other sources; however, no compatible offshore sand was identified within an economically feasible distance of Lido Key. The high cost associated with bringing in offshore, compatible sand would have far outweighed the federal project’s benefits and negated federal interest in the project.

The Corps recently performed a study that evaluated whether future excavation of the ebb shoal at Big Sarasota Pass (BSP) for use on Lido Key using the Inlet Management Program alternatives would significantly alter the ebb shoal morphology or local/regional sediment transport patterns in a way that would cause adverse impacts to adjacent beaches. 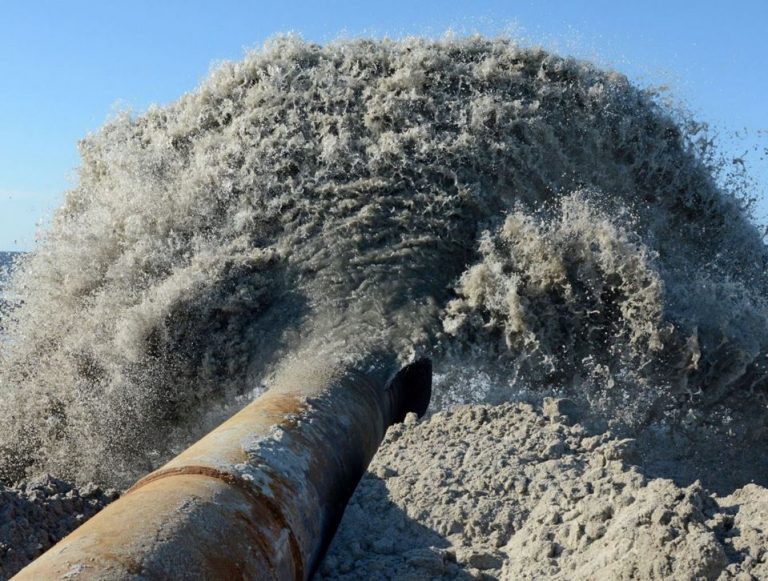