Melville Associates, LP is seeking a permit from the U.S. Army Corps of Engineers, New England District, to conduct work in waters of the U.S. in conjunction with constructing a commercial waterfront recreational facility in Portsmouth, Rhode Island.

The applicant proposes to construct and maintain a commercial waterfront recreational facility consisting of 887 slips in Weaver Cove (Narragansett Bay) off of Burma Road in Portsmouth. This is an updated and modified plan for a project that was previously authorized on Oct. 11, 1995.

The dredging portion of this project will impact approximately 26.2 acres of Essential Fish Habitat (EFH) for various species and life stages. Loss of this habitat may adversely affect these species. However, the Corps has made a preliminary determination that the site-specific adverse effect will not be substantial. Further consultation with the National Marine Fisheries Service regarding EFH conservation recommendations is being conducted and will be concluded prior to the final permit decision.

This project also will have an adverse effect on acres of Essential Fish Habitat (EFH) for various species and life stages. Loss of this habitat may adversely affect these species.

The shoreline and abutting intertidal habitat is dominated by a cobble-gravel substrate; the subtidal habitat consists of mostly sandy substrate. The Corps has made a preliminary determination that the site-specific impacts may be substantial. Accordingly, the Corps will submit an expanded EFH assessment to the National Marine Fisheries Service, who in turn will provide conservation recommendations to the Corps.

The Corps will coordinate with the applicant regarding implementation of these recommendations. The EFH consultation will be concluded prior to the final permit decision.

The application for the federal permit was filed with the Corps in compliance with Section 10 of the Rivers and Harbors Act, which provides for federal regulation of any work in, or affecting navigable waters of the U.S. and Section 404 of the Clean Water Act, which regulates the discharge for fill of material in U.S. waters, including wetlands.

Public comments on this proposed work by Melville Associates, LP should be forwarded no later than Sept. 5, 2014. 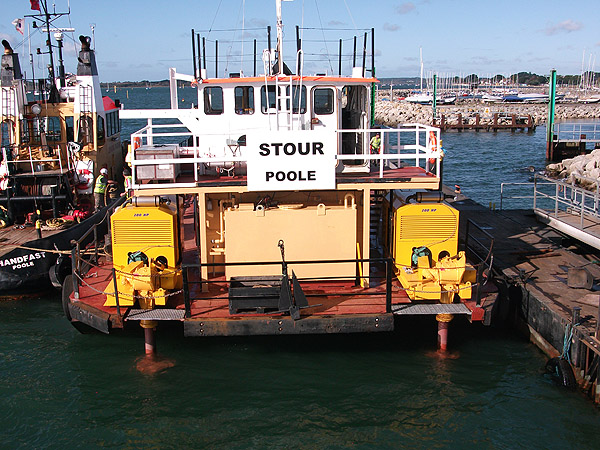