The U.S. Army Corps of Engineers, New Orleans District (MVN), and its contractor will temporarily close one east- and westbound lane on Lakeshore Drive between Marconi Drive and the Mardi Gras Fountain.

The approximately thirty-day, seven-day per week closures will begin on Friday, August 15 to accommodate construction of the Orleans Avenue Canal PCCP. The sidewalk on the south side of Lakeshore Drive will also remain closed during this period between the Mardi Gras Fountain and Marconi Drive.

The lane closures will allow workers to safely remove excavated material from the canal. Residents and commuters should anticipate 24-hour working conditions, as well as an increase in truck traffic entering and exiting the site on Lakeshore Drive. The Corps and its contractor urge residents to be mindful of construction signage and to remain outside of designated construction areas.

The PCCP at 17th Street, Orleans Avenue and London Avenue will provide a permanent and more sustainable measure for reducing the risk of a 100-year level storm surge entering the outfall canals. The Interim Closure Structures (ICS) will continue to provide 100-year levels of storm surge risk reduction until the PCCP are constructed and commissioned in 2017. 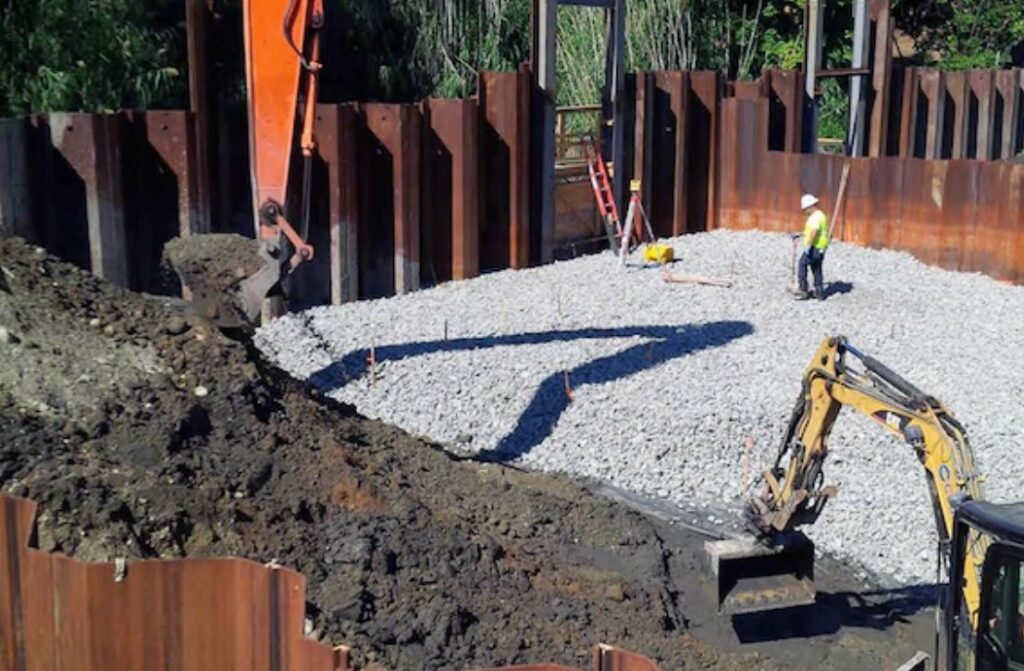