The Portland Harbor Non-Federal Dredge Workgroup (NFD) will present its interim findings to the Waterfront Alliance – a harbor advocacy group representing both Portland and South Portland interests – at an October 14 meeting.

The NFD Workgroup has prioritized construction of a “confined aquatic disposal” (CAD) cell as the responsible solution for disposing of contaminated sediments, and has identified three potential locations for it.

CAD cells have been used successfully in southern New England, but never before in Maine. A CAD cell essentially is a hole dredged into the harbor bottom where contaminated sediments can be safely deposited and contained.

Environmentalists working with the NFD support the dredging of the berths and use of a CAD cell as a way to address existing pollution.

Since January, the group has met seven times to evaluate options for dredging private and municipal piers, wharves, and anchorages. While important navigation routes are maintained and dredged by the US Army Corps of Engineers, dredging outside of the so-called “federal channel” is the responsibility of the abutting shore-side land or pier owner.

Curtis Bohlen, Director of the Casco Bay Estuary Partnership, noted, “Businesses on the waterfront rely on reliable access to the water for themselves or for their customers; periodic dredging is an important part of providing that access. Properly disposing of toxic sediments would reduce the exposure of the Bay’s living organisms to hazardous materials, thus providing environmental benefits as well.” 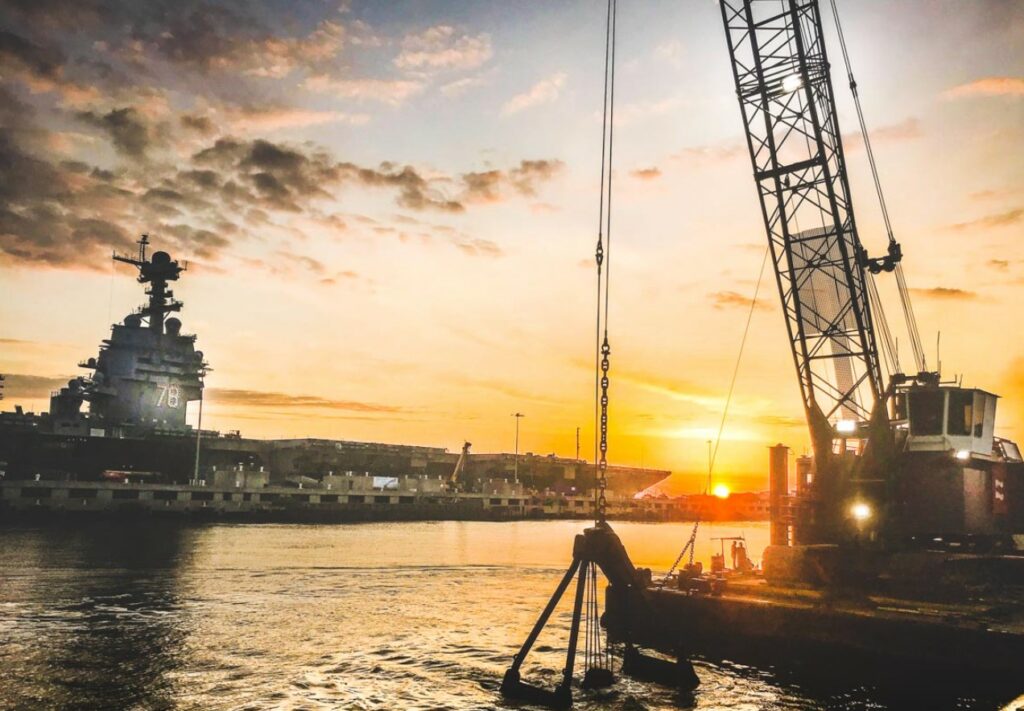