Picture of the Day: Dredger in New Suez Canal

Egypt launched the New Suez Canal project in August 2014. The construction was ordered by Egyptian President Abdel-Fattah al-Sisi to be completed in one year.

The naming ceremony of the Freeway, the newest addition to Boskalis’ hopper dredging fleet, was held on Friday, announced Beleef Boskalis on their official facebook page.

TSHD ‘Leiv Eiriksson’ in the Maldives

The trailing suction hopper dredger ‘Leiv Eiriksson’ has arrived in the Maldives and is ready to carry out the dredging and reclamation work of Hulhumalé Phase II.

Work on Van Oord’s new CSD 650 custom suction dredger is nearly completed with final touches being made on the 60m dredger, the Ural River.

The Takoradi Port dredging program that is paving the way for other projects to follow is progressing as planned and will be completed in two months, according to the Director of the Port, Capt. James Owusu Koranteng. 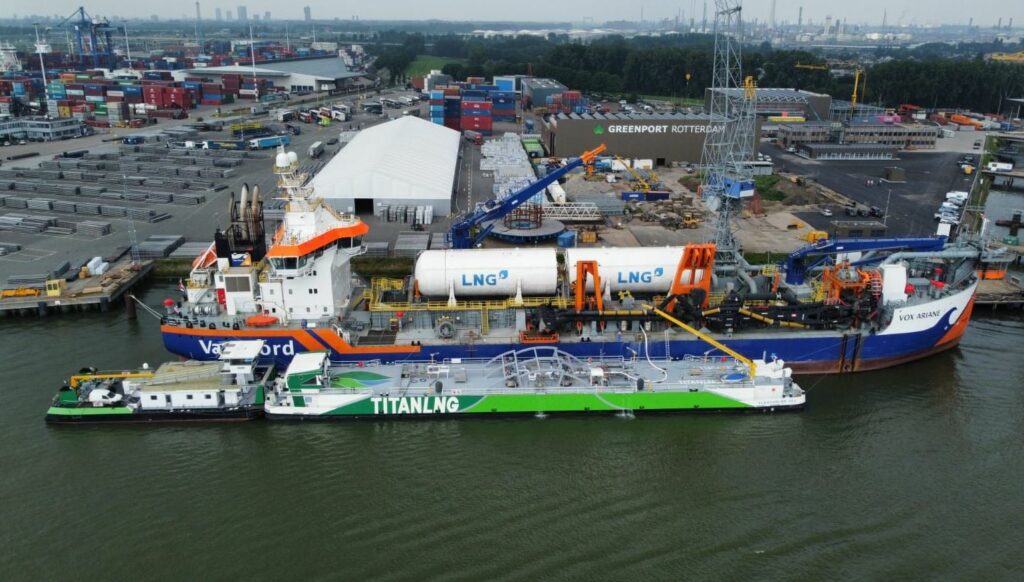