Step Back in Time with Italdraghe

In this photo collection, named ‘Italdraghe – building dredgers for over sixty years’, they showed some remarkable moments from their history.

The photo below is the oldest and dates back to the 1950s when Italdraghe (then named Officina Meccanica Industrie Marittime) started building its first dredgers. At that time all vessels were built outside directly on Cattolica port docks:

These photos show an SGT 200 dredger leaving Italdraghe’s Cattolica shipyard in the mid 1960s (the police escort was obligatory at the time for wide loads):

Next, we can see an SGT 250 dredger leaving Italdraghe’s shipyard in San Giovanni at the end of the 1960s:

Today, Italdraghe, run by the second generation of the original founding families, is still based in San Giovanni in Marignano and a steady stream of dredgers continues to leave from the very same shipyard gates, destined for locations all over the world. 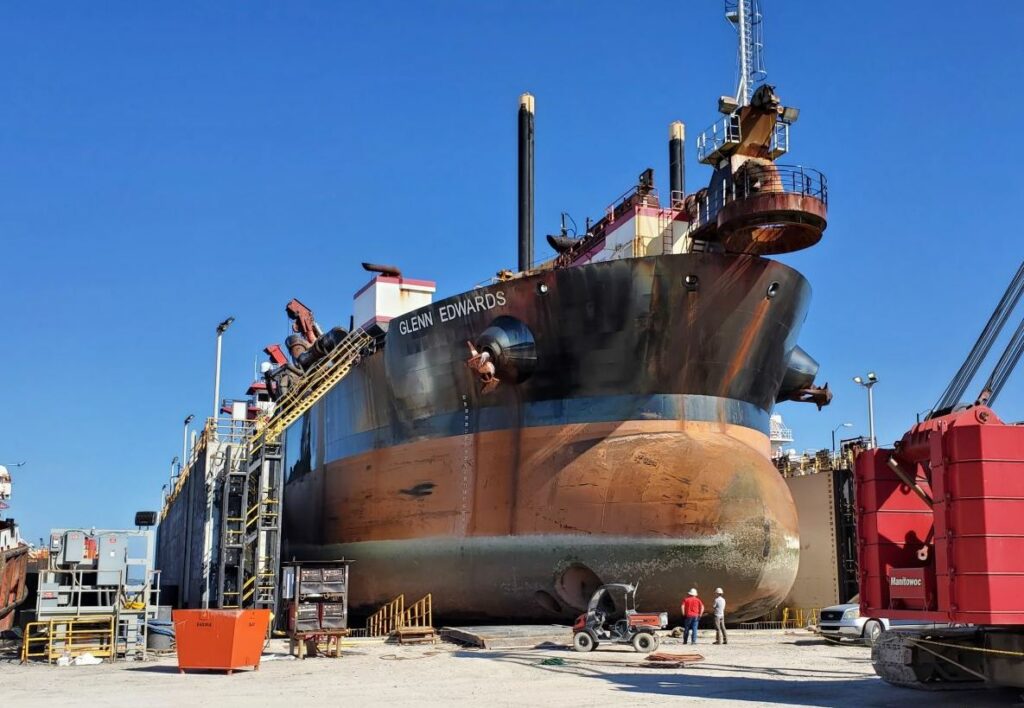