For the first time, Van Oord named a vessel at its Rotterdam head office jetty. The vessel is a water injection dredging vessel that is almost 19 m long and more than 5 m wide.

The name comes from Nordic mythology and means ‘son’. The vessel will be deployed on the British and Spanish/Portuguese markets.

Borr, which can dredge to a depth of 14 m, can be transported by road. It has been developed with a special focus on ergonomics and economics.

Borr can be equipped with a multi-purpose unit for a cutter system, various grabs or pile drivers.

The vessel was built at the Dutch Technical & Maritime Services yard in Werkendam. After it enters service, it will be deployed in the UK for maintenance dredging in the Port of Harwich. 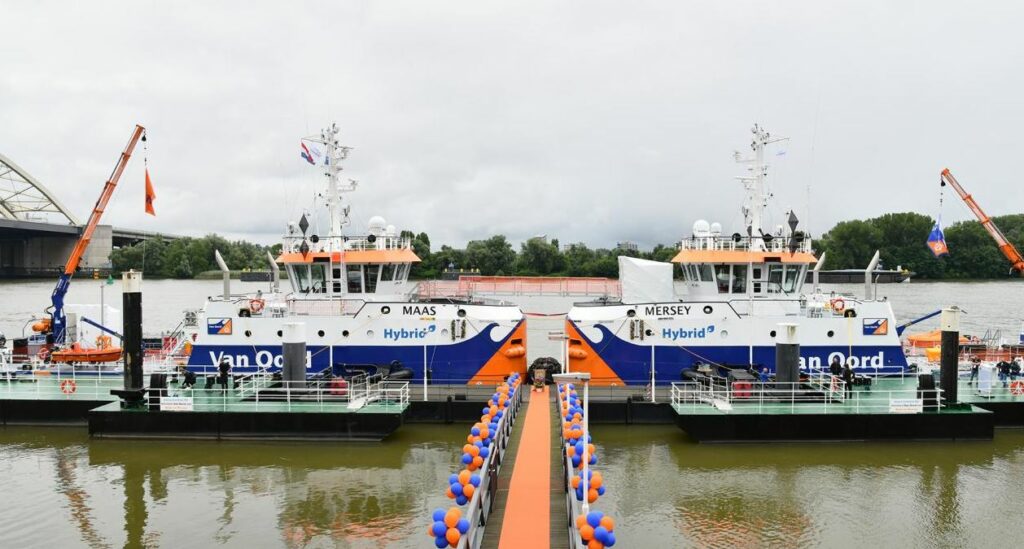