The naming and launch ceremony of the 5,500m³ trailing suction hopper dredger (TSHD) ILEMBE took place this morning at Royal IHC’s shipyard in Kinderdijk, the Netherlands.

The dredger is being built for Transnet National Ports Authority (TNPA), the national port authority of South Africa. The ceremony was performed by Ms Lunga Ngcobo, General Manager Corporate Affairs at TNPA.

IHC was selected as the supplier after a successful submission into an open tender process for what will be the largest dredging vessel of its kind operating in the country. The contract for the design, construction and delivery of the vessel was signed between TNPA and IHC in March 2014.

The keel was laid on 8 January 2015 at Kinderdijk and the vessel will be delivered to its homeport at Durban in early 2016.

“We value the long history of cooperation between TNPA and our company. TNPA has expressed great confidence in the quality and reliability of IHC’s products,” said IHC’s Executive Director Shipbuilding Fer Tummers. “TNPA required a highly reliable dredger, resulting in low-maintenance requirements, an excellent dredging performance, high workability and high levels of safety.”

The new TSHD will join TNPA’s existing fleet of IHC-built vessels, which includes the 4,200m3 TSHD ISANDLWANA (delivered in 2010) and the grab hopper dredger ITALENI (delivered in 2014). The new dredger will be deployed to work mainly in the international seaports of South Africa, but may also be deployed elsewhere on the continent.

As one of the five operating divisions of Transnet SOC Ltd., TNPA is responsible for the safe, effective and efficient economic functioning of the South African national port system. It manages eight commercial ports along the country’s 2,954km coastline in a ‘landlord’ capacity, with two main service categories: the provision of port infrastructure; and the provision of maritime services such as dredging and marine operations.

As part of the contract with TNPA, IHC will execute a supplier development (SD) plan in order to help improve local industry in South Africa.

The primary activity within the SD plan is the development of a school for dredging operators – which includes the delivery of a dredging simulator – where IHC together with TNPA’s maritime school of excellence will setup a long-standing cooperation for the training of local people. 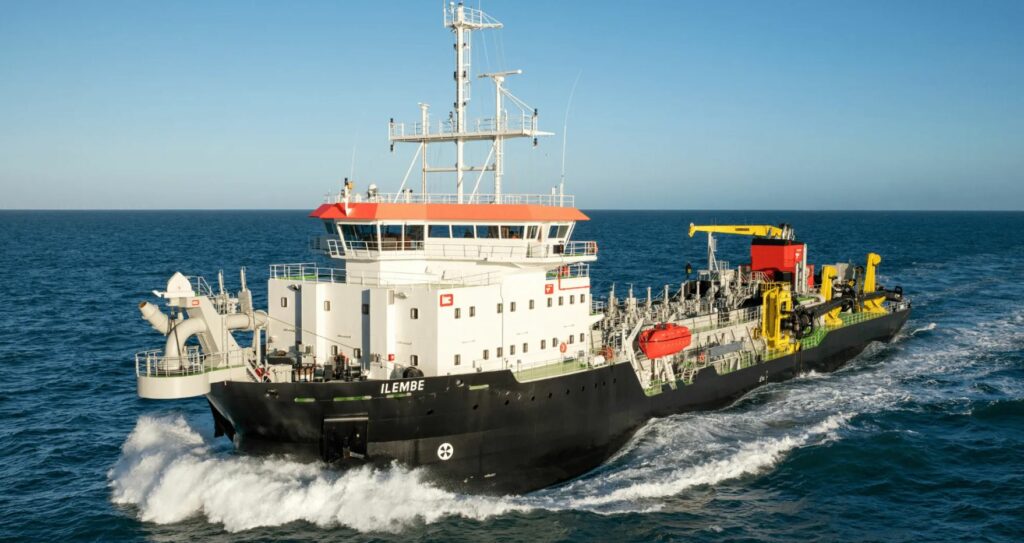