Portions of the navigation channel to Watch Hill – accessible by passenger ferry, private boat, and foot only – were dredged this past winter to maintain safe, public access to marina and docking facilities.

More than 29,000 cubic yards of material were removed from the channel despite winter weather delays. The dredge project, funded by Hurricane Sandy appropriations, began in December 2014 and was stalled until mid-March due to severe winter weather and extensive ice in the Great South Bay.

The New York State Department of Environmental Conservation granted a permit extension to H&L Contracting in January 2015 to extend the operation past the initial January 15, 2015 deadline and work was completed on March 31, 2015. 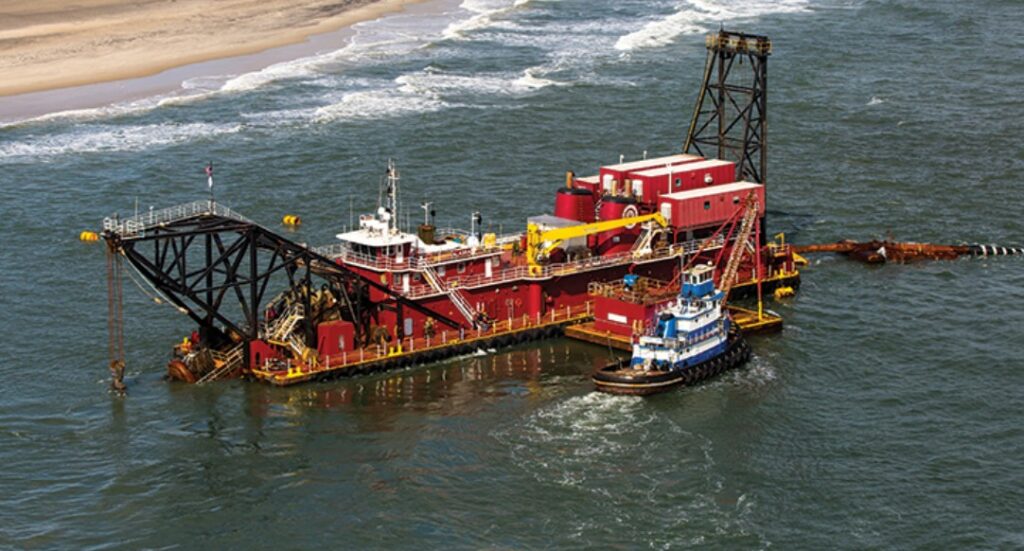