The International Association of Dredging Companies (IADC) has just released this very interesting webinar about the dredging equipment.

The webinar, presented by Mr Frans Uelman – lecturer and course coordinator of the IADC Dredging Seminar for more than 15 years, was held on June 17. IADC webinars are frequently held and cover different subjects from the Maritime Industry.

IADC is the global umbrella organisation for contractors in the private dredging industry. As such, IADC is dedicated to not only promoting the skills, integrity and reliability of its members, but also the dredging industry in general.

Over the last 50 years the size of dredging equipment has grown tremendously. The current generation of hoppers, cutters and backhoes has enabled the construction of large maritime infrastructural works within a short execution time.

The investments in dredging vessels demonstrate the understanding that dredging contractors have for the ever increasing need for bigger ports and larger deep water land reclamations.

After the first jumbo trailer was built in 1994, eight more of these huge trailing suction hopper dredgers were built over the next six years. By the year 2000, 33,000 cubic metre so-called ‘mega’ dredgers were operational, i.e. their carrying capacity had doubled in almost ten years time.

In addition, the much larger pump capacity installed on these vessels, in combination with their high cutter power, have also reduced the construction time in softer materials. Backhoes with buckets of 40 cubic metre are no exception. So, dredging consistent material at narrow places with a high accuracy has become feasible. 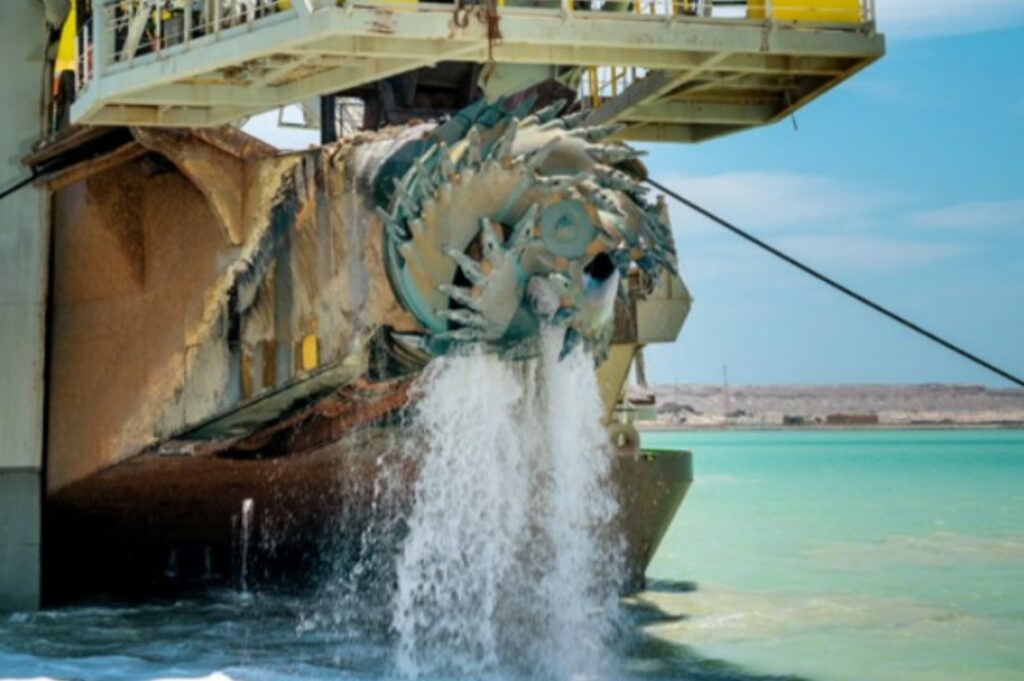