An Bord Pleanála has given the go-ahead for the Alexandra Basin Redevelopment (ABR) Project, which will transform Dublin Port’s infrastructure and enable it to service the economy for decades to come.

The project will increase the port’s ability to handle large ships by deepening and lengthening three kilometers of the port’s seven kilometers of berths. It will also deepen the port to provide an entrance channel with a depth of at least 10m.

Eamonn O’Reilly, Chief Executive of Dublin Port Company, said: “The engineering design works are already at an advanced stage and we expect the first phase of works to be tendered and a contractor ready to start by October 2015.”

“The ABR Project is a complex undertaking that required co-ordinated planning with a range of bodies including Dublin City Council, the National Roads Authority (NRA), the National Transport Agency (NTA), ESB Networks and Eirgrid. We have achieved strong consensus on how to deliver this major piece of port infrastructure in a way that is compatible with the operations of other major infrastructure providers within and adjacent to the port,” added O’Reilly.

Dublin Port’s next focus is on progressing the other consents required from the Department of Environment, Community and Local Government and from the Environmental Protection Agency (EPA). Having liaised with both organisations throughout the planning application, Dublin Port hopes to secure the necessary consents within months.

“The positive decision by An Bord Pleanála and the financial support from the EU and EIB put us in a good position to commence construction works later this year subject to our gaining the remaining necessary consents from the EPA and the Department of the Environment, Community and Local Government,” said O’Reilly.

The ABR Project is the first major project from Dublin Port’s Masterplan 2012 to 2040. While bringing it through the planning process, Dublin Port Company has also been working on smaller projects including a new terminal for imported cars, a new high capacity firewater main and completion of the Alexandra Quay Container Terminal. The redevelopment of eight hectares of land within the port is also underway and Dublin Port Company will shortly lodge a planning application with Dublin City Council to redevelop the port’s road network to ensure it has the capacity to handle the doubling in port volumes projected by 2040.

“Bringing large infrastructure projects through to the construction phase is a long, detailed and careful process. Given our high growth rates, we intend to review our Masterplan 2012 to 2040 in the first quarter of next year and begin to plan the next major development after the ABR Project,” added O’Reilly.

The ABR Project is the largest single infrastructure development project in the history of Dublin Port. It will allow larger ships to routinely call at Dublin, turn within Alexandra Basin and berth as far upriver as East Link Bridge. The project is expected to take five years to complete, costing an estimated €230 million. 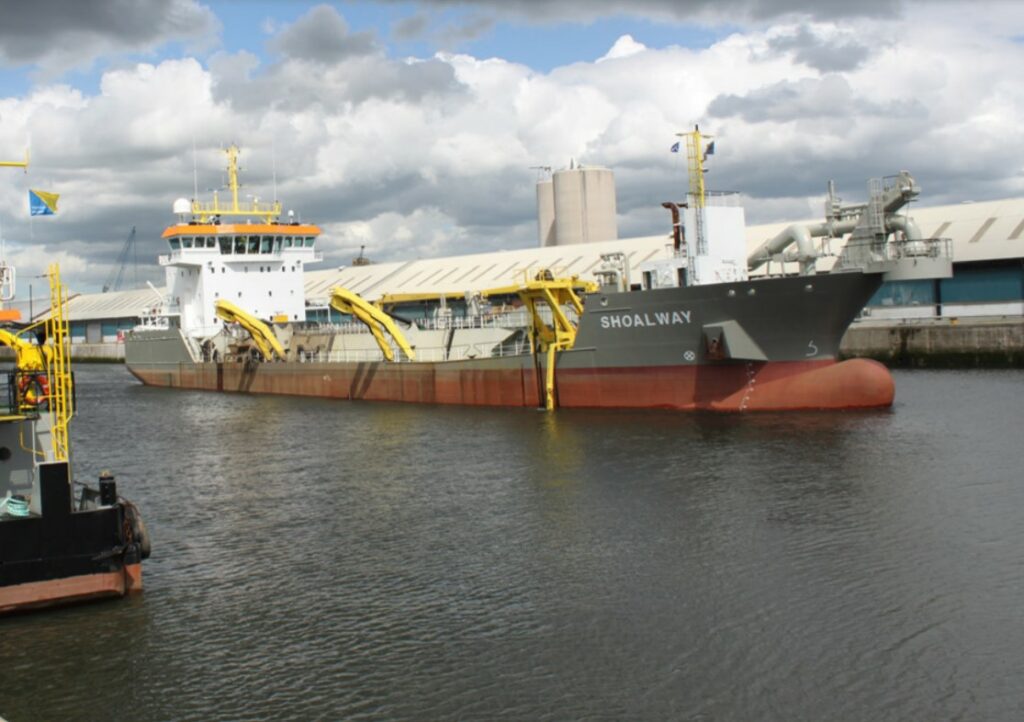