The Harper’s Slough Habitat Rehabilitation and Enhancement Project was planned and designed under the authority of the Upper Mississippi River Restoration Program.

A single construction contract was awarded in September 2014 and the remaining options exercised in October 2014 for a total construction cost of $11.9 million. The work will span four construction seasons and is anticipated to be complete in 2018.

Part of the Upper Mississippi River Restoration Program, the Harper’s Slough area is a 4,150-acre backwater area located primarily on the Iowa side of the Mississippi River in Pool 9, about 3 miles upstream of Lock and Dam 9.

The site is in the Upper Mississippi River National Wildlife and Fish Refuge. The area is used heavily by tundra swans, Canada geese, puddle and diving ducks, black terns, nesting eagles, bitterns and cormorants and is also significant as a fish nursery area. Many of the islands in the area have been eroded or lost because of wave action and ice movement.

The loss of islands allows more turbulence in the backwater area, resulting in less productive habitat for fish and wildlife. 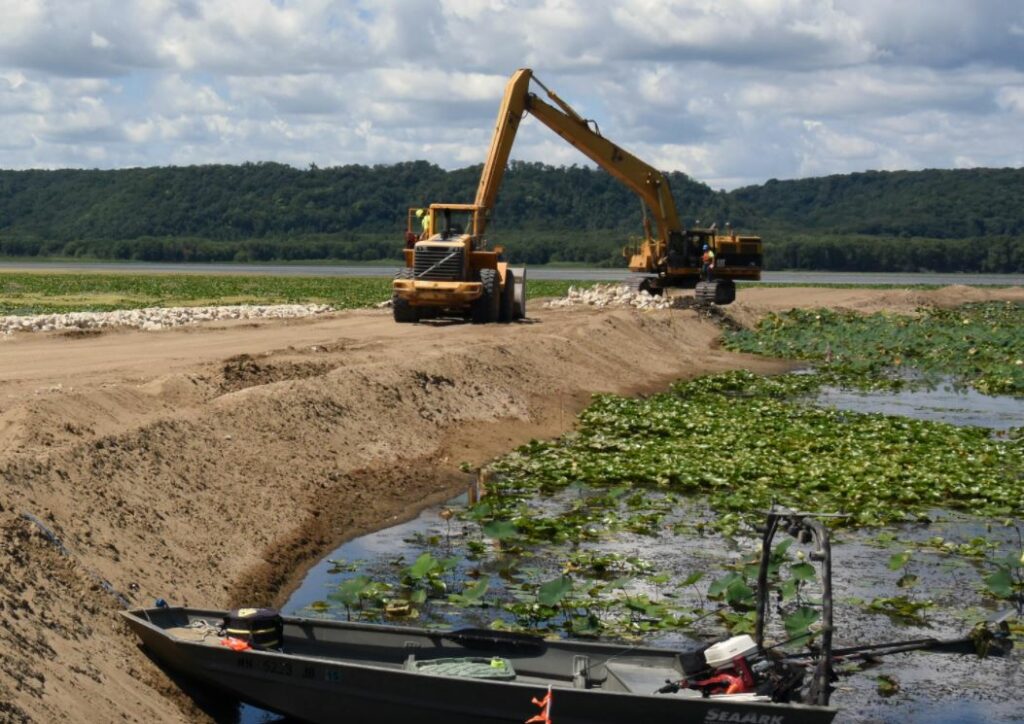