With a coastline of over 8500 kilometers, 90 per cent of Brazil’s total exports and imports pass through its ports.

Many of the country’s major ports and harbors were built over 100 years ago. Keeping shipping lanes open and enabling these ports to accommodate larger vessels with ever bigger loads requires constant dredging, often at a high cost.

Over the years, the use of nuclear techniques to study sediment build-up and transport across major ports and harbors has saved Brazil millions of dollars in dredging costs, said Jefferson Vianna Bandeira, a senior researcher in the Environment Department of the National Nuclear Energy Commission of Brazil.

With IAEA assistance, Bandeira and a team of scientists have been using radiotracers to map sediment movements that affect Brazil’s major ports since the 1960s. Initially, a major focus was to assess the behavior of sediments dredged from the harbor area of Port Santos after they were dumped. Port Santos, near Sao Paulo, is one of Latin America’s largest and busiest ports, currently serving various Brazilian states and accounting for 28 per cent of Brazilian foreign trade.

The dumping site has been moved several times in order to minimize the flow of sediments back into the bay system. Finding optimal locations as close to the port as possible, were made possible thanks to the use of radiotracers to track sediment movements.

“In the studies performed in the seventies at Sepetiba Bay, Rio de Janeiro State, for the construction of Ilha da Madeira harbor, we have probably ‘economized’ over 100 000 kilometers of dredging travel distance,” Bandeira said.

This has resulted in savings of millions of dollars to Brazilian port authorities, he added. The use of nuclear techniques, including radiotracers, in industry will be the topic of this year’s Scientific Forum in Vienna, 15-16 September.

Years of radiotracer investigations at Port of Santos and other ports in Brazil have also given Bandeira’s team extensive knowledge of the dynamics of sediment transport and movement patterns in changing conditions. In the process, they have been able to use mathematical models and accurate data sets of sediment transport and flow patterns that are continually being used in coastal engineering activities.

“We are like surgeons and specialists,” said Bandeira, in describing the work he and his colleagues do. “In the same way as a heart surgeon can investigate major blood vessels, or a radiologist can track organic functions of the human metabolism by using medical tracers, radiotracers allow us to assess the hydrodynamic behavior and main pathways of sediment movement in coastal areas.”

This intimate knowledge has been put to good use many times over. For example, in the sediment studies carried out along the coastal shore of what would then be the port of Suape, radiotracer labelling revealed low bottom sediment transport rates in summer as well as winter.

This information was essential in determining the ideal location for the port and indicated that there would be no need for significant maintenance dredging offshore. These studies were performed simultaneously with oceanographic measurements in the nearshore (wave, wind, currents and tide). Today, Suape is the most important port complex in north-eastern Brazil.

Coastlines and seabeds are dynamic regions with sediments undergoing periods of erosion, transport, sedimentation and consolidation. The main causes of erosion of beaches include storms; but human activities, such as dredging of stream mouths, and construction of seawalls and jetties, also disrupt the natural flow of sediment.

“Nuclear techniques are the most useful and efficient methods to assess erosion and movement of silt and sediments in coastal areas,” said Patrick Brisset, an industrial technologist in the IAEA’s Radioisotope Product and Radiation Technology Section. “Such techniques have been and are used in many countries for coastal engineering; many more are just starting to use the technology in support of their development plans.”

Through the IAEA’s technical cooperation program, many of Brazil’s scientists have received training at IAEA laboratories or have been sponsored to attend training elsewhere, Brisset explained.

At the same time, many IAEA experts have gone to Brazil to perform sediment transport studies and teach various technicians. Brazilian experts are also now extending help and support to other Member States, including Venezuela, Uruguay and Niger, in projects involving radiotracer applications for sediment studies. 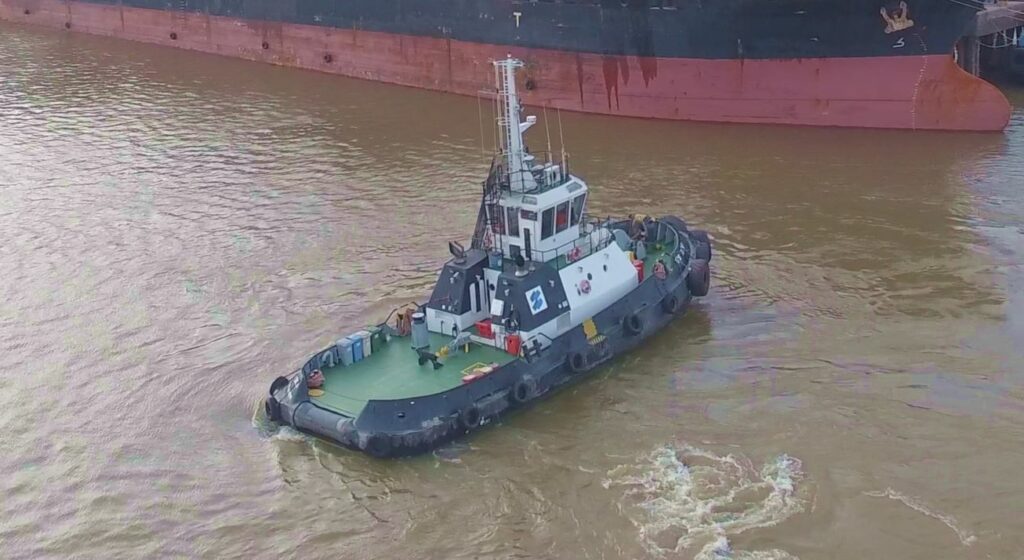