The DMMP and PEIS will be available for review on the Corps website.

Also, the Corps is extending the public comment period that was originally listed in the July 23, 2015 public notice to now run through October 5, 2015.

The DMMP examines the need for dredging, the history of dredging and dredged material placement, and current beneficial use practices. The DMMP identifies and assesses alternatives for future dredged material placement and beneficial use, identifies the likely Federal Base Plans (least cost environmentally acceptable plan) for future Federal dredging activities, and recommends further action to be taken by individual projects as they come up for their next maintenance cycle, or in feasibility studies for proposed project improvements.

Two public hearings will be held in New York: on Monday, August 24, 2015 in the Village Center at Port Jefferson at 101-A East Broadway in Port Jefferson, N.Y.; and on Tuesday, August 25, 2015 at the Marriott Long Island at 101 James Doolittle Blvd. in Uniondale, N.Y. 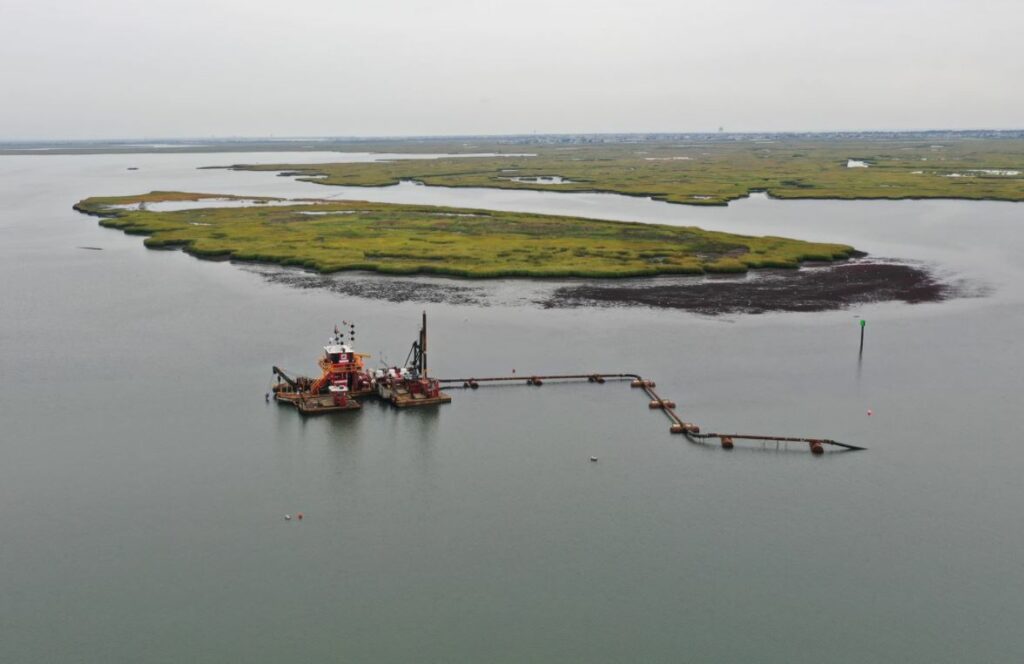