The deepening of the Arthur Kill Channel is part of the ongoing construction of the overall 50 foot Harbor Deepening Project.

The contract area is along the Arthur Kill Channel between Richmond County, New York and Union County, New Jersey from the New York Container Terminal southward to the Conoco Phillips 66 Refinery and Oil Terminal.

Mr. Bryce Wisemiller, the Army Corps’ New York District project manager has been involved with the deepening of the main shipping channels in the port for well over a dozen years and was eager to describe the very successful construction project to a Canadian news crew that visited the site in August.

While aboard a dredge in the Arthur Kill Channel, Wisemiller spoke about the challenges as well as the various accomplishments of the project and advancements of the critical navigational infrastructure to the nation, the environmental improvements throughout the region and the economic, technical/engineering and institutional aspects.

“The deepening will enable larger container ships to transit the channel with greater ease, heavier cargo and fewer tidal restraints than currently experienced. The Corps of Engineers partnered with the Port Authority for the deepening, which brings a net benefit millions of dollars each year to U.S. consumers in transportation cost savings and greater efficiencies,” said Wisemiller.

“The Arthur Kill Channel deepening effort is part of a more extensive harbor-dredging project to create safe and efficient channels for a larger class of vessels that will be calling at the Port of New York and New Jersey,” said Wisemiller. “The progress we are seeing is a testament to the commitment and teamwork of our partners to accomplishing this project.”

The deepening of the Arthur Kill Channel will be the final milestone achieved in the overall Harbor Deepening Project. Once the navigation channels are deepened, the discipline of maintenance begins to ensure the uninterrupted flow of commerce. 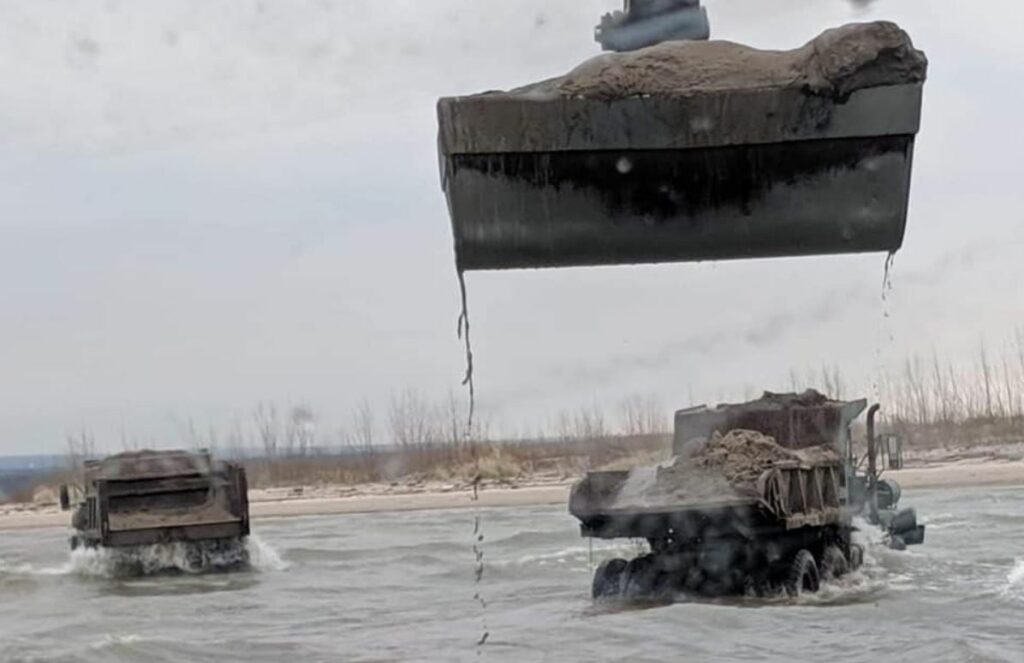