Department of Environmental Protection Commissioner Bob Martin yesterday sharply criticized a USACE’s contractor for making plans to remove dredging equipment from an ongoing beach and dune construction project on Long Beach Island in order to perform a dredging project in another part of the country.

Great Lakes Dredge & Dock Company, which since May has been implementing a $128 million contract to construct engineered beaches and dunes for 13 miles of Long Beach Island, recently announced that it is moving its dredgers out of New Jersey to work on another project. The company does not plan to return the dredges to New Jersey until spring 2016.

“By suspending its Long Beach Island work, this company will expose lives, homes, businesses and infrastructure to severe winter storms. Their decision shows a callous disregard for the people of New Jersey. I am calling on the Army Corps to step up to the plate and take strong action to ensure that all equipment remains on-site, and that this work moves forward as quickly as possible to protect the barrier island.”

Local and federal officials joined Commissioner Martin in calling upon Great Lakes to continue work in this area without disruption.

The federally-funded project is being undertaken as part of the Christie Administration’s strategy to build a comprehensive coastal protection to protect from the kind of destruction the state witnessed during Superstorm Sandy in October 2012.

Formally known as the Barnegat Inlet to Little Egg Inlet project, it is one of seven significant USACE beach improvement projects statewide authorized by Congress but never completed before Sandy hit.

The projects encompass a total of 12.7 miles of beaches in Long Beach Township, Ship Bottom, Beach Haven and part of Surf City. They will complete storm damage reduction projects that were being constructed in phases prior to Sandy striking New Jersey in October 2012. The contract to complete the initial construction on LBI is funded 100 percent by the federal government under the provisions of the Sandy Relief Act enacted in 2013.

Construction on Long Beach Island began this past May and involves construction of a dune system with a top elevation of 22 feet. The beach and dune system being constructed will range from 300 to 400 feet wide and have an elevation of eight feet above sea level, better protecting the island against storm surge. 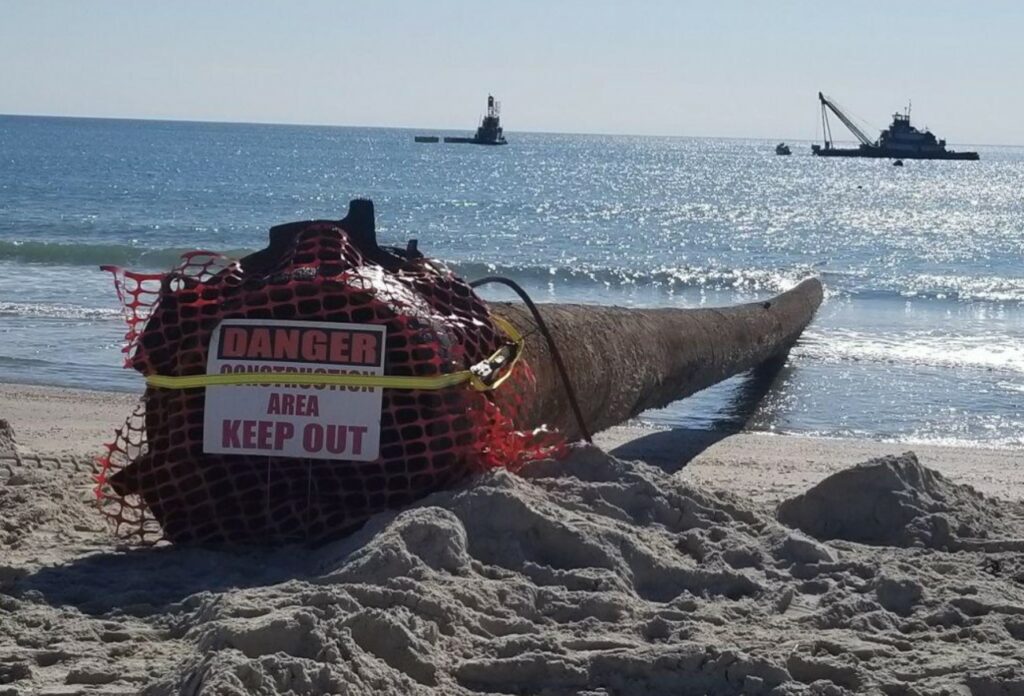