Prime Minister David Cameron has visited the site where flood and coastal specialist VBA, on behalf of the Environment Agency, is helping life get back to normal for residents in Croston.

The joint venture which comprises VolkerStevin, Boskalis Westminster and Atkins were instructed to complete emergency repair works by the Environment Agency.

They have been at the Lancashire village for the last month pumping out millions of cubic meters of water and repairing the river breach which caused severe flooding in the area.

Mr Cameron said: “I was very keen to come here because obviously there were a lot of visits during the crisis period by ministers, but I wanted to come now and see the ongoing operations to try and build the resilience and put in place better flood protection and hear how that is going.”

VBA senior project manager, Steve Hamer, said: “We were delighted to have the Prime Minister visit us and see the continued work we have been doing. The breach we are repairing is on the River Douglas where the sheer weight of the water washed away trees, sand and lumps of peat across the entire embankment creating a hole that was 25m wide and 7m deep. The VBA team are also reinstating scour damage caused by the breach, which left a crater 150m long, 75m wide and 7m deep.”

Also included in the works is the installation of more than one thousand extra tonne bags, repairs to the river bank plus the provision of diesel and security for Environment Agency equipment.

“There were challenges to getting machinery on site as the access point is a mile away from the breach so logistically it wasn’t easy. VolkerStevin’s sister company, VolkerBrooks, provided some of the plant and equipment and we’ve managed to utilize free issued clay from another VolkerStevin site nearby,” added Steve.

The Environment Agency and their Dutch counterparts have also been to the site to learn what they can from the VBA flood response. 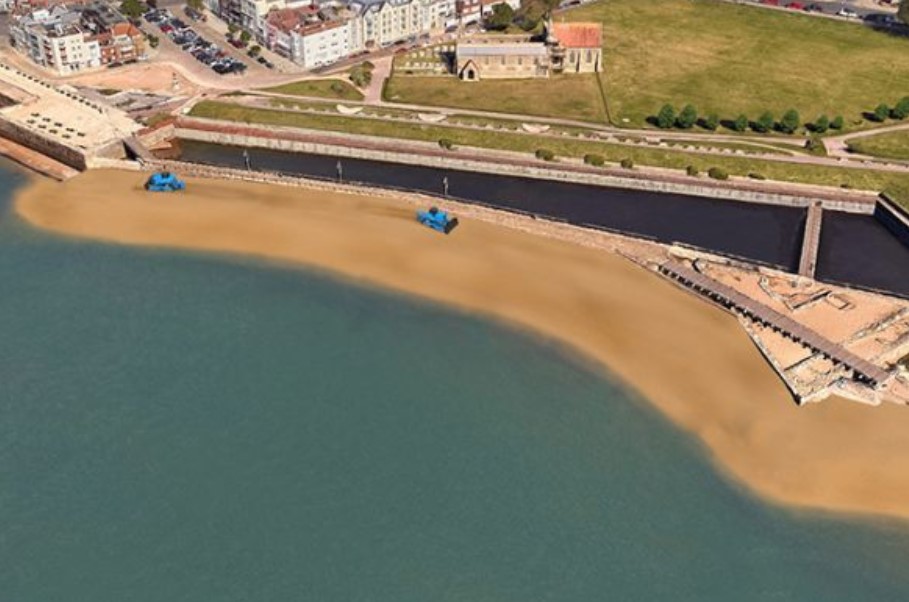