Governor Andrew M. Cuomo has announced a joint state-federal effort to address coastal erosion and improve coastal resilience on Fire Island in the Town of Islip.

“This project will strengthen Fire Island’s natural defense to protect its coastline and keep residents safer and better prepared for the next extreme weather event,” Governor Cuomo said.

Suffolk County and the National Parks Service reported significant beach erosion and storm wash-over in the area of the Robbins Rest Community.

In response, state officials from the New York State Office of Emergency Management and the New York State Department of Environmental Conservation quickly mobilized to assess the situation and determined the erosion threatens to cut off road transit to a number of Fire Island communities and exposes mainland Long Island communities to an increased risk of flooding if a modest Nor’easter or coastal storm were to hit.

The 20,000 cubic yards of sand secured by the Department of Environmental Conservation and the Office of Parks, Recreation and Historic Preservation will be used to build a temporary dune in the area of immediate concern.

Under the U.S. Army Corp of Engineers ongoing ‘Fire Island Inlet to Moriches Inlet’ project, the Corps will load and transport the sand to the breach area at full federal expense.

Following Superstorm Sandy and additional coastal storms, coastal erosion along this stretch of Fire Island has increased, posing a significant threat to the communities along Fire Island and potential coastal flooding along mainland Long Island.

The State along with the USACE are working quickly to advance the FIMI project, and planning for the Fire Island Inlet to Montauk Point resiliency project to further bolster Long Island’s coastal defenses. 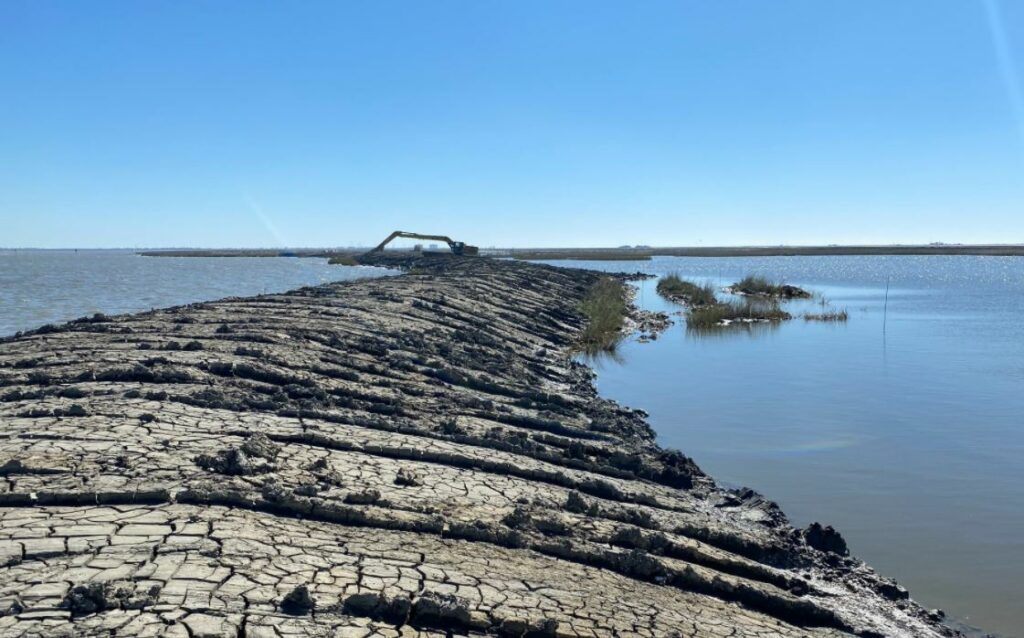