Heron Construction Co. recently completed stage one of the Next Generation Capital Dredging on Port Otago allowing large container ships like the Laust Maersk to make full use of the extra channel depth to carry more cargo.

The port’s TSHD “New Era” dredged the sand and Heron Construction’s backhoe ‘Kimihia’ dredged the silty and rocky areas the of the channel.

For the rocky areas Heron utilized the Xcentric XR60 Ripper to break the rock.

Survey Department of Heron will be carrying out the Hydrographic Survey of the port and entrance of Port Otago as part of a survey campaign along the east coast of New Zealand.

During this campaign the ports of Auckland, Timaru, Lyttleton, Port Otago and Marlborough (TBC) will be surveyed.

The surveys will be carried out according and using the latest hydrographic survey equipment to comply with the International Hydrographic Organisation (IHO) standard ‘Special Order Surveys’. 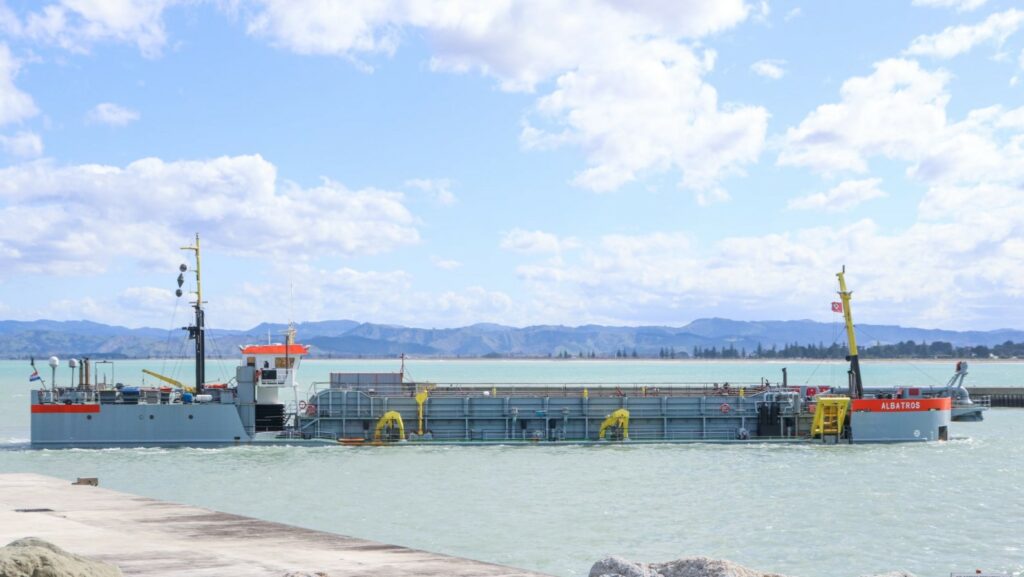