The U.S. Army Corps of Engineers asks the public to use extra caution in the waterways and on land features within the Mile Point construction area on the St. Johns River.

The construction zone contains a variety of vessels, including large barges and a dredge with pipelines, in the Chicopit Bay area and Intracoastal Waterway, and crews are also operating heavy equipment at Helen Cooper Floyd Park.

The Mile Point project will improve vessel navigation by rerouting the navigable waters in the Chicopit Bay and the Inter-Coastal Waterway system.

The Corps’ contractor for the project, Manson Construction Company, started dredging works in Chicopit Bay this past weekend. Once complete, crews will cut off an existing navigable waterway.

Manson crews are using geo-synthetic tubes to build the marsh island perimeter foundation to restore the Great Marsh Island. They will place roughly 30,000 tons of stone to construct the western training wall, and then fill in the interior with dredged material.

To date, Manson has placed 20,000 tons of stone, 675 marine mattresses and 239 precast units for the west leg training wall. 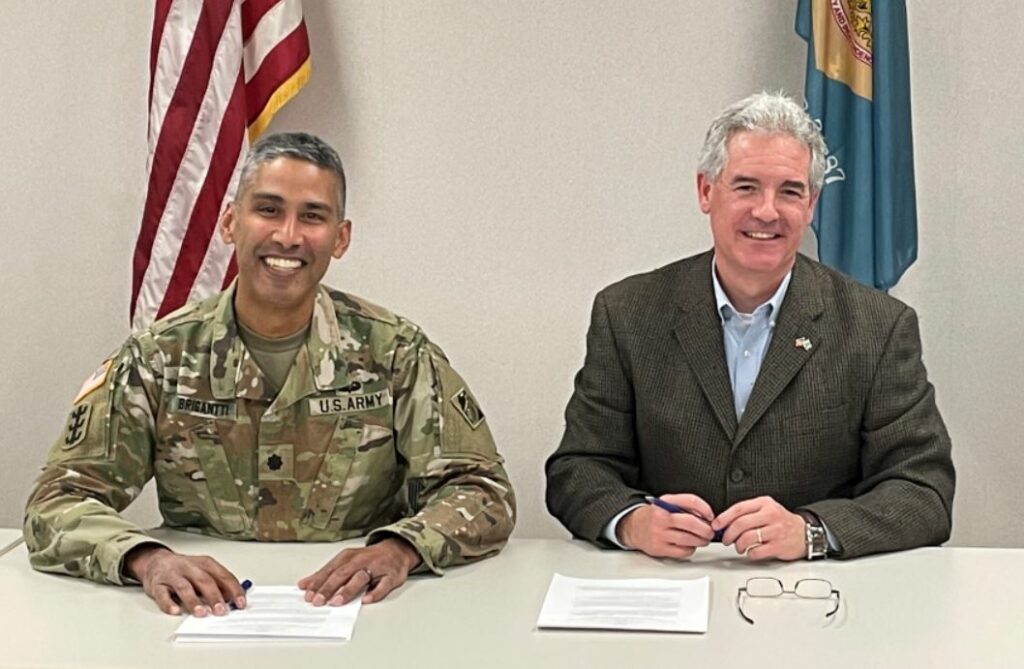