USACE: Research to Minimize Risk of Entrainment of Sea Turtles

For more than 30 years the U.S. Army Engineer Research and Development Center (ERDC) has been leading research and technology development to minimize the risk of entrainment of sea turtles (and other protected species) during dredging projects.

“Entrainment of sea turtles (direct uptake by the suction field generated at the draghead) during hopper dredging has been a potential issue during hopper dredging projects in the Southeastern U.S. since 1980,” said Environmental Laboratory Research Biologist Dena Dickerson, who is a leading researcher in these efforts as ERDC’s foremost turtle expert.

Developing efficient and effective protection systems for the seven species of sea turtles, which have existed since the time of the dinosaurs, continues as an ERDC research priority.

With a streamlined shell design for swimming, these turtles differ from their land cousins, having no ability to retract heads and legs into their shells.

Dickerson and Research Hydraulic Engineer Tim Welp with the Coastal Hydraulics Laboratory have teamed up within the USACE Dredging Operations Environmental Research (DOER) Program to evaluate a new technique to protect sea turtles during hopper dredging.

The sea turtle protection equipment tested was an array of chains forming a curtain that extends from the dredging drag arm approximately 25 feet ahead of the draghead. These “tickler” chains were designed after similar chain equipment used by the fishing industry and for aquatic biological sampling.

For these applications, tickler chains are hung from fishing nets and dragged along the sediment to induce organisms to move up off the sediment and into the nets. 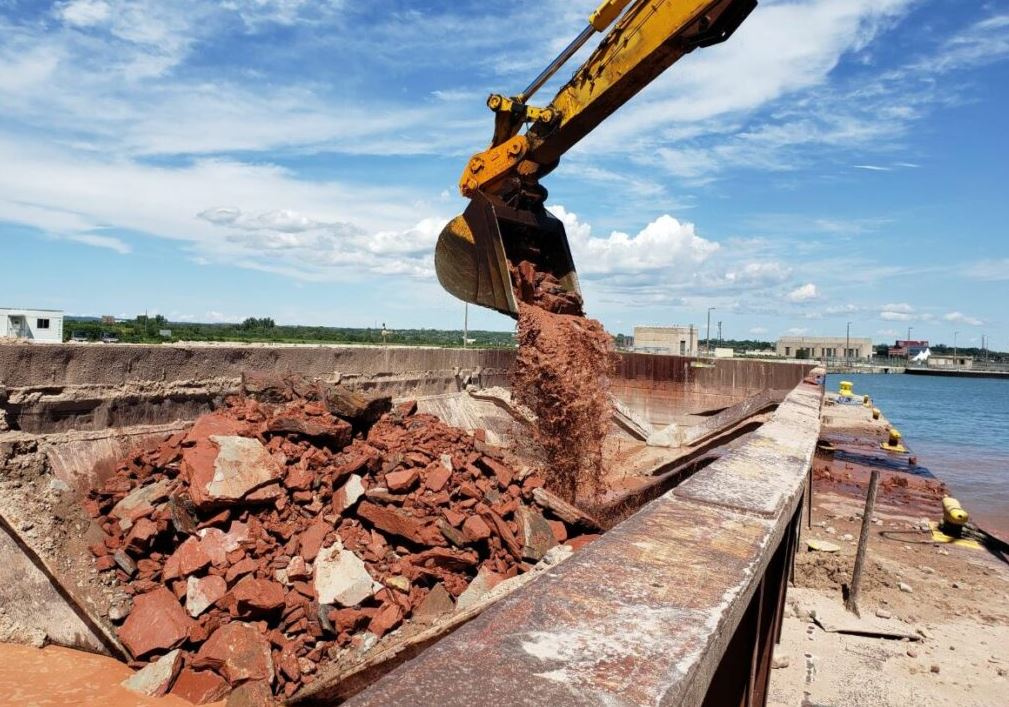