Duval County beach visitors will soon see work on local beaches that will improve the coastal area’s resiliency and reduce risk to infrastructure, according to the USACE’s Jacksonville District.

The Duval County Shore Protection Project will place roughly 700,000 cubic yards of sand on seven miles of eroded beaches, including Jacksonville, Neptune and a portion of Atlantic Beach.

This beach renourishment project will widen the beach berm between 20 to 60 feet, and raise the elevation of the beach by about 3 to 5 feet.

The amount of increased beach width and height will vary along the shoreline.

Great Lakes Dredge & Dock Company is mobilizing their heavy equipment and pipes at the 16th Avenue South public parking area. The pedestrian walkway will remain open, but the parking lot area will remain closed for equipment staging throughout the duration of construction.

In the interim, GLDD will start laying subline next week near 36th Ave. South. They will deliver truckloads of the shore pipe to the 16th Ave. South staging area.

Sublines will extend about 3,000 feet offshore and will be set about 5,000 feet apart. Dredged sand will get pumped through the subline to pipes located on the beach.

The beach will remain open to outside the work areas. The contractor expects to temporarily close at least 1,200 feet of the beach at a time during the project. Public access over the dredging pipes will occur roughly every 300 to 400 feet. The work should proceed about 500 feet – or about two city blocks – along the shore each day.

Beachfill construction will start at the south end of Jacksonville Beach. Initial sand placement will begin with the first pipeline “landing” around 36th Avenue South, progressing southward to the County Line, and then northward from 36th Avenue.

The contractor will establish four or five subline/pipeline “landings” on the shore in Jacksonville Beach, one in Neptune and two landings in Atlantic Beach. GLDD will pump sand through the pipeline toward the south, and then toward the north, from each landing site. 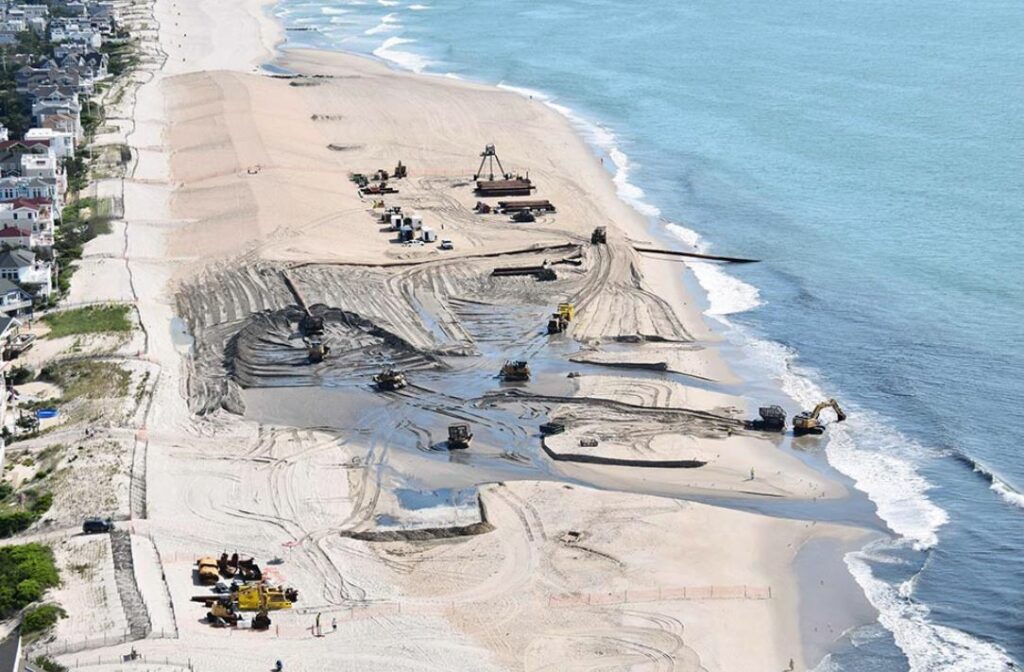