A U.S. Army Corps of Engineers project to remove more than 400,000 cubic yards of clean sediment from Marina del Rey’s harbor is set to begin on December 12, 2016.

The five-month maintenance cleanup effort, undertaken by the dredge barge Heidi Renee, will be limited to the removal of sand accumulated at the north entry of the Marina.

In addition to the Heidi Renee, the dump scow Sand Island will operate in the same area, according to the Los Angeles County Department of Beaches and Harbors.

“The equipment and 24-hour dredging work may make the north entrance impassible for periods of time, and boaters are encouraged to use the harbor’s south entrance for the duration of the project,” the Department added.

Sand dredged from the harbor will be deposited in the ocean directly off Dockweiler State Beach, just north of Imperial Highway.

The $2.7 million, federally funded dredging effort will assure safe navigation of the harbor entrance for the U.S. Coast Guard, as well as for the 5,000 recreational vessels docked in the Marina. 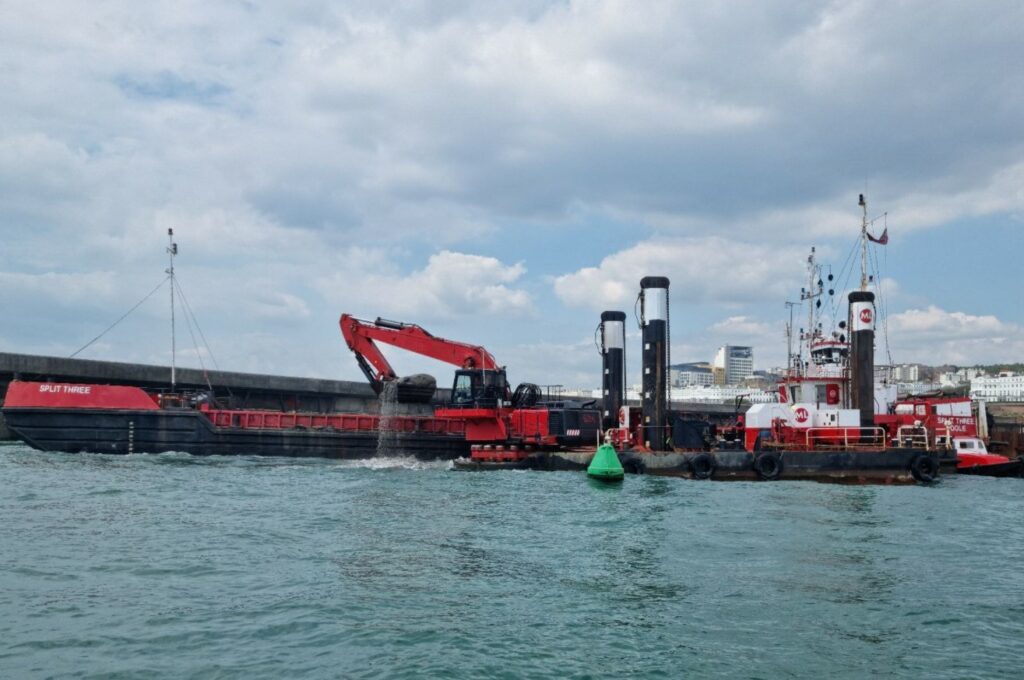